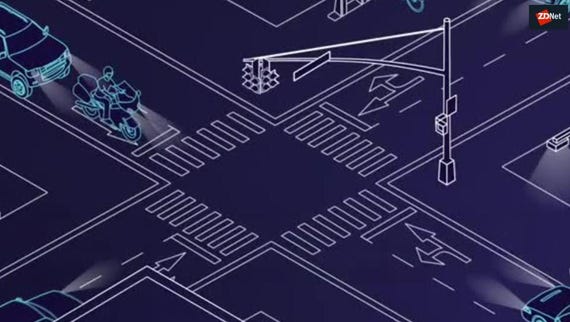 Alphabet-owned Waymo has stopped referring to "self-driving" to describe its technology and form now on will only use the term "fully autonomous driving technology" instead.

The Google sister company is taking a pretty clear swipe at Tesla's $10,000 Full Self-Driving feature that's rolling out in beta to drivers in the US, prompting drivers to test out how well it can handle short and long trips without human intervention.

Waymo – which used to refer to itself as "formerly the Google self-driving car project" – is now dropping the term.

Waymo draws a distinction between fully autonomous technology it's developing, and 'driver-assist' or 'self-driving', which demand oversight from a human with a driver's license. Fully autonomous vehicles don't require a person with a license or the person to touch the wheel.

It argues that "precision in language matters and could save lives", and that, therefore, its new preferred terminology is more than just a branding exercise. But still, it had some pointed words that seem like a dig at Tesla for its use of the term self-driving.

"Unfortunately, we see that some automakers use the term "self-driving" in an inaccurate way, giving consumers and the general public a false impression of the capabilities of driver assist (not fully autonomous) technology," explains Waymo.

"That false impression can lead someone to unknowingly take risks (like taking their hands off the steering wheel) that could jeopardize not only their own safety but the safety of people around them."

"Waymo's vehicles don't drive themselves. Rather, Waymo is automating the task of driving and thus the term "autonomous driving" is more accurate," LTAD says.

It's not the first time the companies have clashed: as Electrek reported in November, Waymo was asked on Twitter if its technology was "orders of magnitude more advanced than the more vocal competitor with a misleading branding?" Waymo replied, "Yes."

Similarly, Waymo's blog doesn't mention Tesla but it does warn about the risks of conflating self-driving with autonomous driving.

"The conflation of terms used to describe vastly different technology – such as advanced driver assist systems and autonomous driving technology – is referred to as autonowashing and has serious implications for road safety," LTAD said.