'We built two data centers in the middle of the pandemic'

The IT team on the Isle of Guernsey had to build two data centers by the month of July. They didn't let a global pandemic get in the way.
Written by Daphne Leprince-Ringuet, Contributor on Sept. 18, 2020 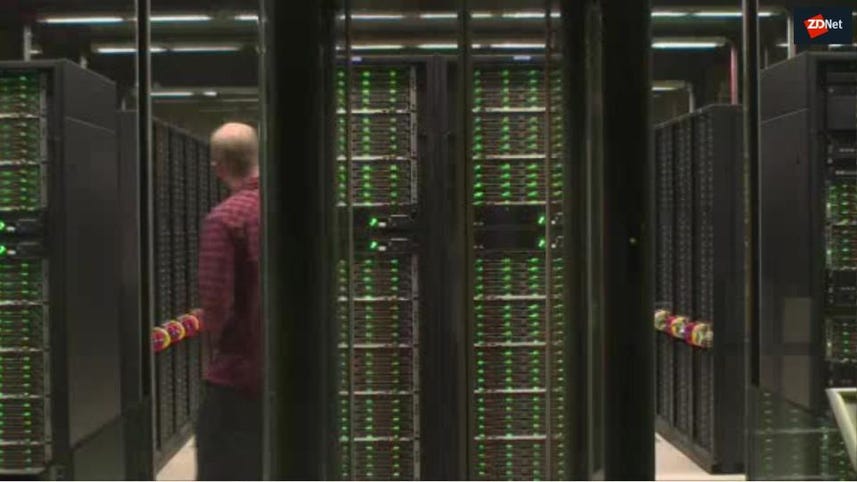 At the end of July this year, after nearly five months of pandemic-induced restrictions, the team building two new data centers to underpin public services in the state of Guernsey finished the project. And, despite the additional complications caused by COVID-19, the team was only two weeks behind the original schedule – that is, the timeline that was mapped out pre-pandemic, in September last year – and the build remained within budget.

The success of the project, less exciting but equally as effective, came down to plain good-old planning, maintains Colin Harvey, transformation director at Guernsey's technology partner Agilisys – albeit to another degree than your average weekly to-do list.

"We went down to a ridiculous degree of detail in our planning in terms of not only the activities that everybody had to do, but also the risk in health and safety impacts," he tells ZDNet.

When the COVID-19 pandemic hit Europe, Harvey and his team had already completed the designs for the data centers, and were only starting to procure the servers, firewalls and racks that would make up the physical infrastructure for the project.

Harvey recalls his widely-shared initial feeling that "this wasn't going to be a big thing", and anticipating that the crisis would be over in a matter of weeks. Very quickly, however, he realised that the virus was here to stay. With lockdowns looming, it became clear that new methods would be necessary: building a data center is not something you can do entirely from home.

"When the travel restrictions started," said Harvey, "the transformation team were spending about 60% of their time on the island. They were flying on Monday night and back out on Thursday evening. So we had to work out how we were going to physically build these data centers."

Delaying the build was not an option. Agilisys's Guernsey team kicked off work to take the island's IT infrastructure on a much-needed digital transformation journey more than a year ago. The two data centers that were commissioned as part of the programme form the foundation of modern IT services, and are expected to provide a hosting platform for the island for at least the next ten years.

"We quickly broke down the plan for what we needed to get done, and by when, to achieve the build," says Harvey. "We realised that if we could get the right equipment on the island, and then find the right people to build it on the island, while complying with social distancing, then we could actually get this done."

With a substantial proportion of chips and components coming from the Wuhan region in China, supply chains were already facing delays. After negotiation with suppliers, Harvey's team managed to procure the right equipment on time, air-freighting components to the island from the UK mainland instead of using ferry services as usual.

As the state of Guernsey started restricting travel, a local Agilisys team was then designated to pick up the data centers' build.

The team's head of IT services Shona Leavey remembers juggling the requirements for the build, while also setting up civil servants with laptops to make sure the state could continue to deliver public services, even remotely.

"We were rolling out Teams to civil servants, and at the same time had some of the team working on the actual data center build," Leavey tells ZDNet. "Any concept of a typical nine-to-five went out the window."

Given the timeline for the build, it became evident that some engineers would have to go into the data centers to set up the equipment during the early months of summer. That meant the Agilisys team started a long, thorough, health and safety assessment.

Every single possible activity that can be carried out by engineers in a data center was listed and assessed, to understand when workers needed to be within two meters to carry out their business. It turns out that only one task required four arms: lifting the servers and putting them into the rack. And so, in that scenario, the team worked out how the engineers could stand so as not to face each other, while also wearing masks, gloves and visors.

SEE: Your likes are getting greener: Facebook aims at net-zero emissions by 2030

The level of detail and planning that went into the project was absolutely necessary, explains Agilisys's chief executive Richard Hanrahan: "As the senior officer in the business, I felt personally a great weight of responsibility for putting people in that operating environment."

None of the workers who went into the data center were asked to. Rather, Agilisys put out a call for volunteers, and only two people physically came in to complete the build.

Hanrahan's top tip to fellow IT leaders? "I think my number one piece of advice would be: don't try and build a data center in the middle of a pandemic," he laughs.

"But more seriously, the danger for all of us when we become very proficient at doing anything is we can overlook planning and detail," he continues. "You can never manage every risk out of every build, but the more detail and the more scenario planning you do, the more prepared you are."