It's a tough day for anyone running Webroot antivirus.

A malware signature update issued by the company on Monday triggered the software into mistakenly flagging Windows system files as malware, melting down millions of managed systems around the world.

The problem began in the afternoon on the US east coast when the antivirus product began falsely marking those files as W32.Trojan.Gen, otherwise known as generic malware. That moved crucial system files essential to the operating system's effective functioning to quarantine, making them unavailable to Windows.

A thread on the company's website is already nine pages deep at the time of publishing, and news of the meltdown was evident on Twitter.

Many independent tweets confirmed that several major websites, including Bloomberg and Facebook, were also marked as phishing sites, preventing users from accessing their pages.

Security commentator SwiftOnSecurity tweeted that the Webroot issue was only live for 13 minutes, but the company's efforts to remediate the problem were getting stalled due to the sheer volume of clients requiring a fix.

The company, which claims to have more than 30 million users, has so far suggested fixes for the Home edition and its Business edition software, but the company has yet to offer anything universal or concrete for its entire affected user base at the time of writing.

A Webroot spokesperson confirmed the issue and that the company is "in the process of creating a fix," but did not say when it would arrive.

In a brief statement Wednesday, Webroot said it had "issued a standalone repair utility that provides a streamlined fix for our business customers."

"For access to the repair utility, business customers should open a ticket with Webroot support, or reply to an existing support ticket related to this issue," a spokesperson said.

The spokesperson added: "Our entire Webroot team has been working around-the-clock on this repair and is implementing additional safeguards to prevent this from happening in the future. We apologize to our customers affected and appreciate their patience during this challenging issue." 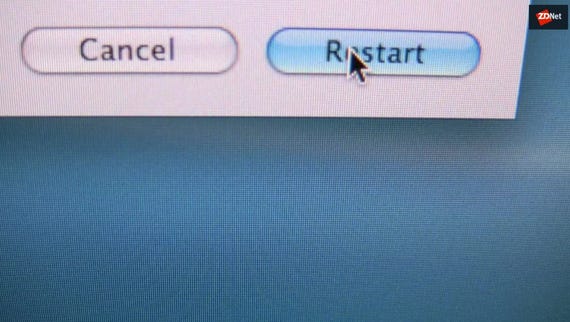