The popular Chinese messaging app still lags behind other leading social media apps like Facebook and WhatsApp, which have larger user bases and wider coverage geographically.
Written by Cyrus Lee on March 8, 2018 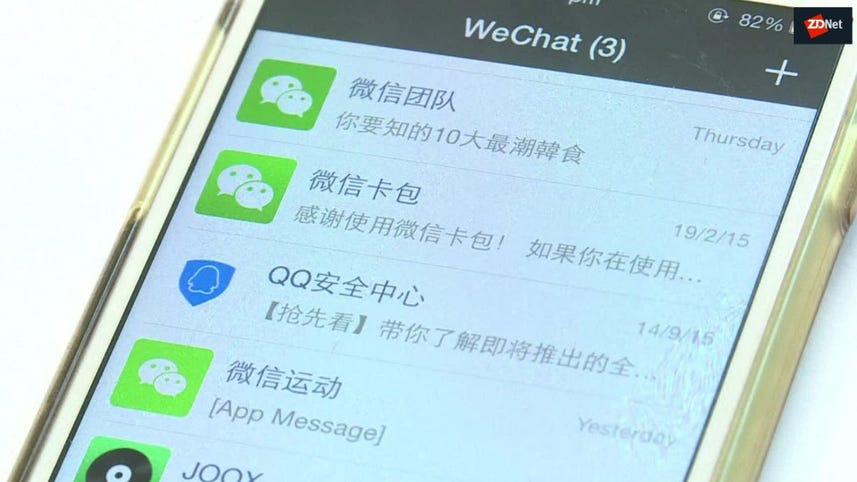 It is the first time WeChat's active accounts have exceeded the 1 billion mark, with the previous Q3 report released in November indicating the Chinese app had 980 million monthly accounts during the three-month period, according to a local report this week.

However, as many Chinese people have more than one WeChat account, or even multiple ones, the number of active WeChat users should be smaller than 1 billion.

WeChat falls behind Facebook Messenger and WhatsApp, whose active users reportedly stood at 1.4 billion and 1.5 billion respectively as of last year.

WeChat's huge success is primarily built on Tencent's first hit product, the QQ messenger, which helped migrate most of its users from computer to mobile over the past few years.

In the meanwhile, as most popular foreign social media tools including Facebook and WhatsApp are blocked in China, Tencent has barely met any serious competition on its way to being the dominant mobile messaging app in the country.

About 90 percent of WeChat's active accounts are in China, although the app is also popular in some Southeast countries where Chinese smartphones are also well accepted. Its presence in the rest of the world is still relatively small, where most users are Chinese people traveling abroad or expats who use WeChat to communicate with people in China.

Senders of hongbao on the platform accounted for about 78 percent of the total 980 million monthly active users of WeChat, and 55 percent of the entire 1.4 billion population in China.

Tencent's latest relaxation will benefit those in mainland China that don't have credit cards issued by local banks.

eBay will also acquire other assets from Giosis.

Walmart testing fully-automated store with no cashiers or checkouts(TechRepublic)