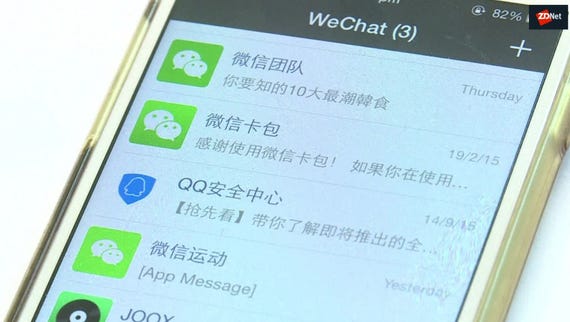 As many as 768 million people used WeChat to send out digital red packets -- monetary gifts commonly known as hongbao -- to celebrate the Lunar New Year in China this year, Tencent said in a report on Wednesday.

The 768 million senders through the platform accounted for about 78 percent of the total 980 million monthly active users of WeChat, and 55 percent of the entire 1.4 billion population in China.

The number of people using WeChat to send digital hongbao over the recorded period of February 15 to 20 also increased by 10 percent from last year, according to Tencent.

The Tencent data also indicates that a male user from Chongqing, China sent out 2,723 digital red packets to his friends in five days of the festival, while another male user from Jiangxi province received 3,439 digital hongbao during the festival this year.

WeChat added that it had launched a series of promotions with different merchants for the annual holiday, and offers a cross-border payment solution on WeChat Pay that lets Chinese tourists use their red packets while overseas during the period.

WeChat Pay also allows Chinese tourists to make the payments in Chinese yuan when overseas, while the merchants receive the payment in their local currency.

Tencent's latest relaxation will benefit those in mainland China that don't have credit cards issued by local banks.

Toyota's e-Palette and 5 reasons why it could reinvent commerce

Qualcomm's system-on-a-chip will power Internet of Things devices that use Naver and Line's Clova AI platform.

Walmart testing fully-automated store with no cashiers or checkouts (TechRepublic)