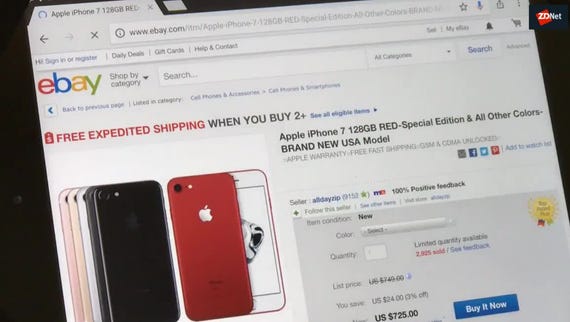 eBay on Tuesday announced it has acquired Giosis' Japan business, that includes its Qoo10.jp e-commerce site. As part of the deal, eBay will relinquish its investment in Giosis' non-Japanese businesses.

eBay and Giosis didn't share additional terms of the deal. eBay said it expects the deal to close in the second quarter of 2018. Jooman Park, SVP of eBay's Asia Pacific region, will lead eBay's Japan business including Qoo10.jp.

"The acquisition of Giosis' Japan business significantly expands eBay's footprint in Japan, one of the largest e-commerce markets in the world. Building on the strength of the Qoo10.jp platform, we will be able to offer Japanese consumers more inventory from around the world," said Devin Wenig, president and CEO of eBay, in a statement. "With the Qoo10.jp platform, we also will be able to serve a new and growing user base as well as broaden our presence in a dynamic, underpenetrated market with strong e-commerce potential and high mobile adoption.

Bloomberg earlier reported the deal could be in the $700 million range.

Jan Pedersen will be VP and chief scientist for artificial intelligence.

The program offers co-branded graphics for store windows, and additional support and promotion from eBay to drive online traffic.