The industry is also getting better at sharing information, Westpac's CEO said.
Written by Asha Barbaschow, Journalist on Nov. 11, 2019 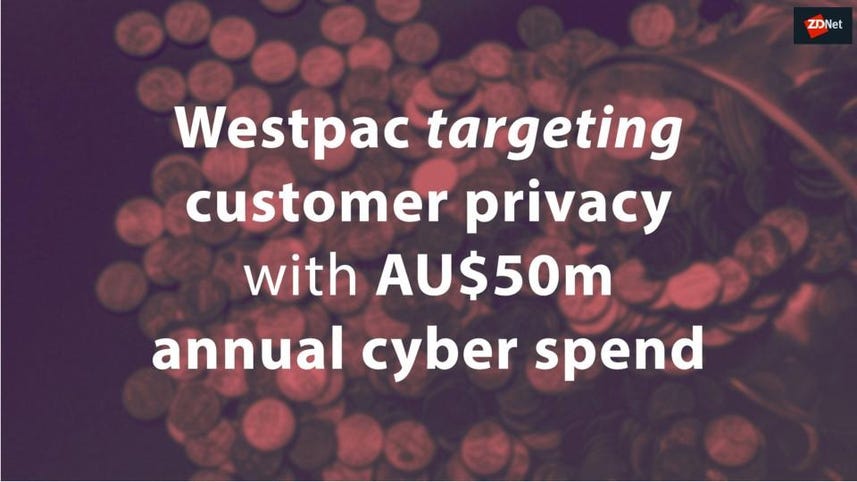 Westpac has revealed it spends around AU$50 million a year on upgrades to its various cybersecurity capabilities.

"We have extensive teams that are dedicated to that, both in terms of monitoring activity that's going on and making improvements in our systems and processes," CEO Brian Hartzer said, facing the House Standing Committee on Economics on Friday.

"It's quite a sophisticated set of controls that we have in place and we start with lots of investment into technology to make sure that foreign actors can't get in or can't disrupt what we're doing.

"And we have another number of controls around that."

According to Hartzer, when it comes to security, Westpac is focusing on customer privacy, labelling it as a massive agenda item for his bank.

"We then think about, if people were to get in, how do we segregate the information and encrypt information, so that it would be very difficult for people to get at things," he continued.

"We have a lot of controls about people not being able to take things out, even if they did get in."

Despite the changing threat landscape, the CEO said he feels much the same way about the bank's cybersecurity posture as he did a couple of years ago.

"I feel that we're in we're in pretty good shape, but it's certainly nothing that we can be complacent about,"

"I'd also say that there is much more coordination and collaboration across the sector and between the sector and various government agencies, to make sure that we share intelligence and continue to help each other to strengthen our protections."

According to Hartzer, the new platform will complement Westpac's existing banking businesses.

"This will initially operate a 'bank-as-a-service' model and we intend to bring new digital products and services to market through fintech and institutional partners," he said. "This will allow Westpac to reach a new group of customers as well as create value for our partners by enhancing the service offering to their own customers."

For the 2019 financial year, Westpac's statutory net profit slipped 16% to just shy of AU$6.8 billion. Operating expenses increased by AU$540 million compared to the same period a year prior.

No account information or personal details have been accessed, the bank says.

The compromised data included customer name, date of birth, contact details, and in some cases, a government-issued identification, such as a driver's licence.

The regulator said there is room for improvement in the Australian industry.