The chief information security officer for the White House's Executive Office of the President has been removed from his position, sources have confirmed.

Cory Louie was appointed to the position by former President Obama in 2015, charged with keeping safe the staff closest to the president -- including the president himself -- from cyber-threats posed by hackers and nation-state attackers.

It's thought he was either fired or asked to resign last Thursday evening, and he was escorted out from his office in the Eisenhower Executive Office Building across the street from the West Wing.

His LinkedIn profile remains unchanged at the time of writing.

Since then, there has been a near-absolute wall of silence from the White House -- from both the staff, which up until last week worked for Louie, and spokespeople for the Trump administration.

However, one source said it's because the remaining staff have "targets on their back" and are afraid of speaking out, calling the actions a "witch hunt" for former Obama appointees. Accusations of poor management were said to be reasons or excuses for his forced departure amid what was described as a "toxic" working environment.

Several messages to Louie throughout the week went unreturned.

A spokesperson for the White House did not return multiple requests for comment by phone and email.

News of the departure was first reported by Steve Clemons, an editor for The Atlantic, but could not be immediately confirmed. It was initially thought that senior Secret Service staff were dismissed, but this was quickly refuted by a spokesperson.

The White House CISO is charged with the security of all White House internal networks, communications, device, and data security.

While specifics of the role aren't known, a memo written by Louie and circulated among White House staff gave insight into the work he did. The memo, later leaked, gave technology guidance and security advice on use of devices and communications during Obama's visit to Cuba in March last year.

Louie remained on after the transition of power to the Trump administration, while a number of other key senior staff vacated their positions.

Meanwhile, Trump was given a new smartphone, a similar lock-down device that his predecessor had, but reportedly also uses his old, outdated Samsung Galaxy phone to tweet -- stirring frustration and mockery alike from security experts.

It's not known if Louie's vacated position was immediately filled. 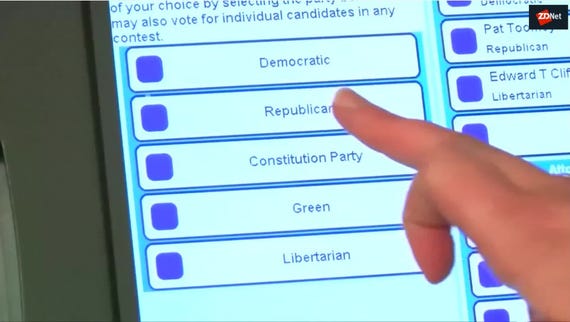