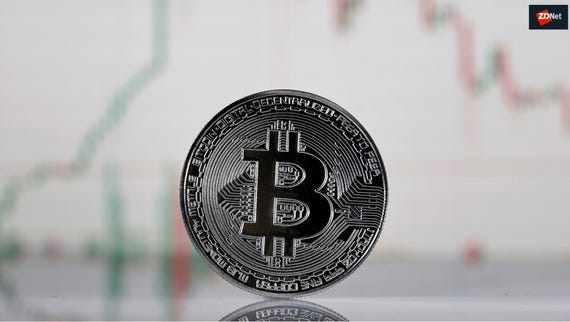 I have tears in my eyes.

For the third time today, I've just watched Dennis Rodman's Monday interview with CNN. It's moving me to untold raptures.

"I'm just so happy to be here, man, and to see everyone in the world get emotional like I did," said a weeping Rodman.

There were, indeed, strong emotions about the summit. Not all were identical.

Still, was he only talking about the summit? For there he was, wearing a T-shirt that read: PotCoin.com. Could it be that he wanted everyone to get emotional about that, too?

Once he thanked everyone who'd stood by him, from former Bulls coach Phil Jackson to Pearl Jam's Eddie Vedder, he added: "I want to thank these guys at PotCoin who supported me through this whole venture."

PotCoin is a cannabis cryptocurrency, one that has cannily sponsored Rodman in his quest for world calm and its quest, one imagines, for unworldly profits.

Read also: Blockchain and cryptocurrency: Everything you need to know (CNET)

It's a difficult aim. CNN reported that for a time, since Monday, PotCoin's value rose more than 60 percent. However, a glance just now at CoinMarketCap.com suggests that it's now slipped 22 percent.

There's surely, though, a wider joy here. Cryptocurrency has, for far too long, been the domain of those in the know. Just like international diplomacy, really.

While many people are apparently speculating on Bitcoin and its compatriots hugely, fewer are intimate with its actualities.

We look to public figures to guide us, but whom are we supposed to believe?

Here's Twitter CEO Jack Dorsey saying that Bitcoin will be the world's "single currency" within 10 years. And there's JP Morgan Chase CEO Jamie Dimon insisting that it's a fraud that will explode, leaving much egg and debt on people's faces.

Wait, and here's Dimon saying he regrets saying that it's a fraud.

You see the problem? It's all so confusing. What's clear is that Dennis Rodman is the man who can help us all through the crypto-fog and into the bright light of informed speculation.

He uses simple words. He evokes deep emotions. Eddie Vedder still likes him. He is the man to coin the moment.

Read also: Why cryptocurrency needs to get more user-friendly (TechRepublic)

All we need now is for Rodman to change his name to Dennis Crypto and launch a daily two-minute crypto-explainer video.

This has to be the way to riches and happiness, doesn't it?