Microsoft has offered a glimpse of Project Neon, the rumored new design language for the Windows 10 Redstone 3 update.

A few details about Project Neon were leaked in January, and now Microsoft appears to have confirmed these changes in a slide during a presentation at its Windows Developer Day. 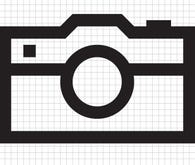 Microsoft is continuing to evolve the design language behind Windows 10 via an effort called 'Project Neon,' allegedly shown in some new screenshots that have leaked.

The earlier leak pointed to more animations and some transparency effects reminiscent of Aero Glass, Microsoft's earlier design language for Windows Vista and Windows 7. Also touted was a blur effect called Acrylic for the background, sidebar, and navigation of apps.

While Microsoft doesn't actually mention Project Neon in the slide, it did show its Groove Music app in the same design as the images leaked by MSPoweruser in January.

However, Microsoft does state that its overall ambition for its new design language is to "make beautiful, engaging experiences possible on the Windows platform". It also says these changes are part of the "Vision for Windows 'Redstone' wave", which is expected in the Fall of 2017, following April's Creators Update, also known as Redstone 2.

Neon may also draw inspiration from HoloLens apps and 3D interactions via new highlights that replace solid squares on selected objects. The leak shows much more detail than the slide about how these will look, including Microsoft's efforts to offer a consistent experience across PCs and HoloLens.

While Neon is not expected to be major makeover, it is a change and has many Windows fans salivating for a new look and feel.

3D support and features for creative types are a major focus for Microsoft in upcoming updates to Windows 10, which include its new 3D Paint app, and mesh with its hardware efforts across HoloLens, Surface, Xbox, and VR partnerships via the HoloLens shell in Windows.

Neon would be Microsoft's third design language, following Aero Glass and Metro, which is now known as Microsoft Design Language.