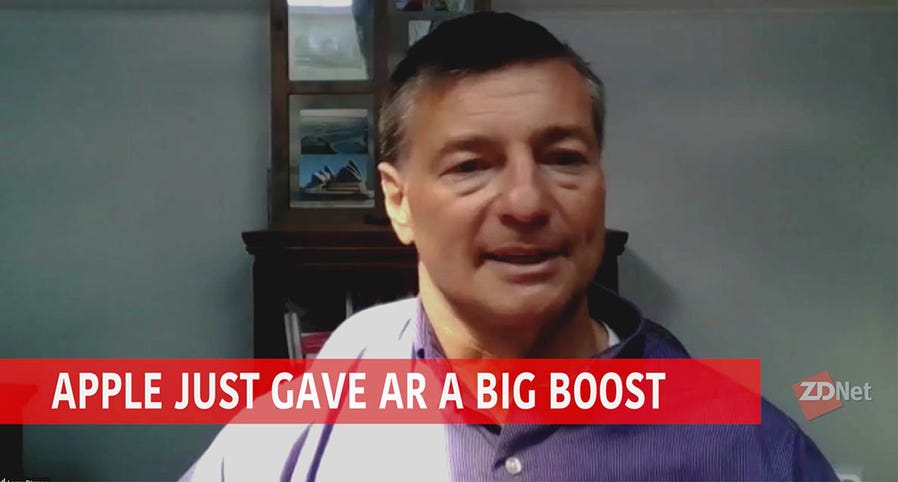 Video: Apple may just have given augmented reality apps a boost

Samsung has unveiled the HMD Odyssey, a headset that claims the high end of Microsoft's Windows 10 Mixed Reality platform.

Samsung's $499 headset is available for pre-order immediately in the US from either Samsung or the Microsoft Store and will be ready to ship to customers on November 10.

It ships shortly after Microsoft's October 17 release of the Fall Creators Update, which brings support for Windows Mixed Reality.

The HMD Odyssey fills out the top end of Mixed Reality headsets from Microsoft partners Acer, Dell, HP, and Lenovo, which start at $399.

At $499, Samsung's headset costs the same as Oculus Rift, and similarly comes with two controllers rather than them being sold separately.

Samsung's headset stands out from the pack with its dual 3.5-inch AMOLED displays and a per-eye resolution of 1,440 x 1,600 pixels with a refresh rate up to 90Hz.

CNET had a brief hands-on with the headset and notes that Samsung opted against the flip-up visors present on other Mixed Reality headsets. It's designed it with extra padding on the cheek-fittings, ensuring users don't need to clamp it as tight around the head.

One advantage of the Mixed Reality lineup over HTC Vive and Oculus Rift is that the built-in camera means users don't need to mount base stations around the home. However, how well this inside-out positioning works in practice remains to be seen.

The HMD Odyssey will also be available in China, Korea, Brazil and Hong Kong, according to Samsung.