Could it replicate the immense success of the Redmi 3S line with which it has much in common?
Written by Rajiv Rao, Contributing Writer on March 27, 2017

Xiaomi's efforts to continue to put the sword to its competitors by offering value-driven phones to price-conscious Indian consumers met with resounding success yet again. 250,000 of the newly launched budget Redmi 4A smartphones were recently devoured by smartphone-crazed Indians in under four minutes flat in a flash sale orchestrated by Amazon India. (Smartphones are the top-selling category on the e-commerce site in the country.)

Xiaomi has been testing the waters in India for a few years now via similar flash sales, building up demand for its products that are considered to have an unbeatable pricing-to-specifications ratio. But the company has been criticized for not taking the full plunge (ie selling the entire line through retail outlets from the get-go) in the second-largest market for smartphones, purposely creating pent-up demand to foster an impression of popularity.

Those accusations were largely dashed to smithereens last fall following the blockbuster sales of Xiaomi's budget Redmi 3S and 3S Prime, which exceeded 1 million units in under four months, setting a new, blazing benchmark for smartphone sales in India. It bolstered the Chinese company towards becoming the second-largest smartphone brand in India as of February 2017, according to research outfit IDC. Indeed, the Redmi 3S and its variants have permanently changed expectations in the sub 10,000 rupees ($150) segment in the country.

So far, the 4A has attracted pretty good reviews, and weighs in as outstanding if you consider the 5,999 rupees ($90) price tag. It has a well-received 5-inch HD display (720p), 2GB RAM + 16GB internal storage, and decent but not dazzling processing power via its Qualcomm Snapdragon 425 chip that allows for basic social media and YouTube usage. Its 3120mAh battery has a pretty solid life and can apparently last all weekend during light usage. The 4A's rear 13MP camera and front 5MP camera are decent but nothing to write home about. It runs Android Marshmallow with its own MIUI 8 skin on top of it.

One nifty feature is an "IR blaster" on the front panel that allows you to control compatible home devices like set-up boxes, air conditioners, and television sets amongst other things. This is a feature that no other budget phone sports in India today (and conceivably won't in the near future). It's just one more example of how Xiaomi's product innovation, coupled with price points, often make its products unbelievable value propositions.

The only problem: For 1,000 rupees or $15 more, Xiaomi has a superior option already in its lineup in the shape of the Redmi 3S, which sports a much bigger battery and a metal body versus the 4A's polycarbonate one. But for the 600 million people yet to buy smartphones in this fastest growing and gigantic market, 1000 rupees or $15 may make the difference when it comes to slapping cold cash down. (Xiaomi will also have to figure out a rural retail presence to corner this market, which is easier said than done considering it has made all its gains in India via online channels.)

There also are other able competitors in the fray such as the Moto E Power and the Samsung Galaxy On5, not to mention its cousin, the Redmi 3S. But they are all more expensive and of comparatively less value for the price-conscious Indian consumer eyeballing budget phones.

Holding on to the prize of being the king in any category in India is a supremely difficult task in a market flooded with formidable competitors at any given time and new ones waiting in the wings. Only two years ago, Samsung reigned supreme, with Indian brand Micromax solidly entrenched as number two and other stalwarts like Lava and Intex sitting pretty in the top five. Today, Chinese smartphone makers Xiaomi, Lenovo, Oppo, and Vivo round up the top five slots in India behind Samsung. Dethroning them will take a Herculean effort.

Xiaomi in just two years has surpassed both Micromax and Lenovo (owner of the immensely popular Motorolla Moto G lineup with which it is neck-and-neck) as well as other Indian players such as Lava, seizing the number two spot with over a 10 percent market share.

One reason for the Chinese success is a more holistic commitment to making and selling in India by establishing manufacturing plants there. Xiaomi itself has opened a second manufacturing facility in Sri City Andhra Pradesh that is owned and operated by Foxconn, giving it a combined capacity of one smartphone per minute and fueling its India operations with 95 percent of phones sold in the country. Also, in a much needed contribution towards gender parity in the workplace, the company says that 90 percent of its 5,000 workforce are women.

All in all, a tough act to beat. 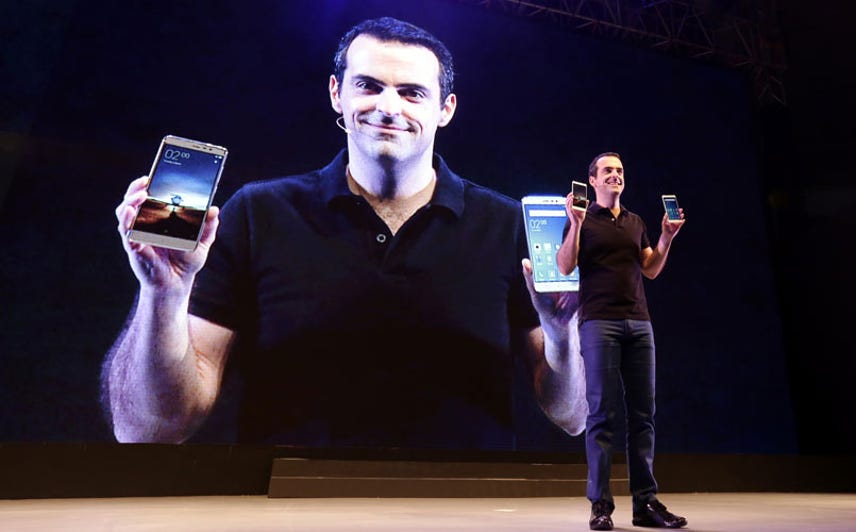