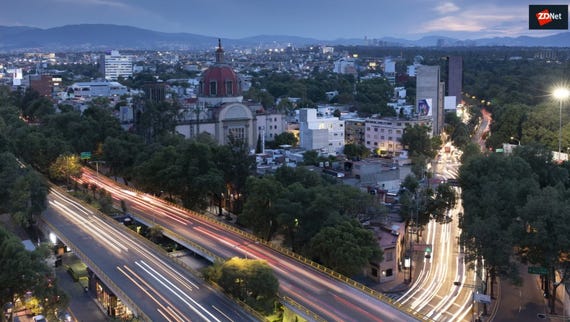 A Romanian woman has pled guilty to hacking police surveillance cameras following a manhunt across her home country and the UK, eventually leading to extradition to the United States.

According to the US Department of Justice (DoJ), 28-year-old Eveline Cismaru has admitted guilt based on federal charges of hacking PCs and surveillance cameras connected to the Metropolitan Police Department (MPD).

In January 2017, the pair were able to compromise the MPD network, deploying a ransomware payload.

The malware locked every MPD PC, which also disabled two-thirds of the force's outdoor surveillance cameras by just days before US President Trump's inauguration.

While the ransomware variant has not been mentioned, law enforcement said that the malicious code demanded a payment which, for each PC infected, totaled just over $60,000.

At the same time the scheme was operating, Cismaru and Isvanca also converted several of the compromised systems to deploy additional ransomware variants and malware payloads.

The ransom was not paid and the MPD was able to quickly wrestle back control of the infected computers and cameras.

CNET: New ransomware can turn your computer into a hacker's tool

"At the time investigators disrupted the scheme, the conspirators were in the process of attacking as many as 179,616 other computers using stolen emails, email passwords, and banking credentials," the DoJ added.

The ransomware scheme forced law enforcement to act quickly, considering the timing of the event. Cismaru and Isvanca were tracked to Bucharest, Romania, where both were arrested in December 2017.

TechRepublic: How credential stuffing contributed to 8.3B malicious botnet logins in early 2018

However, Cismaru fled to the United Kingdom, where local law enforcement contained her, leading to extradition to the US in July this year.

The DoJ says that there was no evidence of anyone being physically at risk or harmed due to the disruption of the MPD security cameras. In addition, the agency is keen to emphasize that "due to the rapid response by investigators and MPD's Chief Technology Office, the overall security of the 2017 inauguration was not impacted by this event."

Earlier this month, a Nigerian man was sentenced to five years in prison for operating a business email phishing scheme. The criminal has also been ordered to pay back $2.5 million to defrauded victims.