Adults program the future with toys in a powerful (and often harmful) feedback loop.
Written by Greg Nichols, Contributor on Dec. 1, 2020 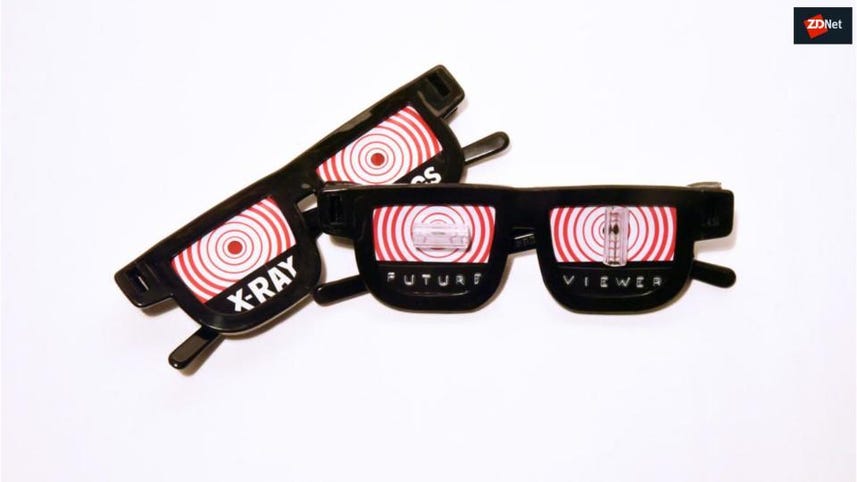 Toys can have an outsized impact on the future. In a very real way, they program the next generation of scientists and developers, of legislators and builders. And that hasn't always been a good thing.

The power of toys has long been recognized, notably in ancient traditions of creating toys as philosophical instruments. "Philosophical toys helped some of the foremost minds of the past to grapple with some of the greatest uncertainties about the origin and fate of the universe," says experimental philosopher Jonathon Keats, founding director and curator of The Museum of Future History, which is undertaking a special project for the UNESCO High-Level Futures Literacy Summit to help reconnect toy making to its noblest origins. "They can likewise prime the next generation to grapple with tomorrow."

Keats is the mastermind behind creative, thought-provoking projects meant to challenge our daily perceptions and force us to entertain new perspectives on lived experience. One of his projects, which garnered significant press, involves the dissemination of cameras that take a single exposure that lasts 100 years. In summer 2019 we covered a Keats project to salvage the current geological epoch, the Holocene, in the face of efforts by the International Union of Geological Sciences to declare us in the midst of a new epoch, the Anthropocene. Part art project, part consciousness-raising endeavor, and part activism, Keats and volunteers attempted to catalog places where attributes of the Holocene still endure, which could "serve as models for Holocenic revival elsewhere in the world" and potentially provide "scientific grounds for remaining within the current epoch as we contend with Anthropocenic excess."

Rather than take the stated goals of projects like these literally, people are encouraged to view the efforts as living thought experiments to help us reexamine our reality.

Which brings us to toys. Keats' museum has collected toys from the 20th century that have influenced the world in which we now live, to be displayed in a free digital publication to be distributed at the UNESCO summit in December 2020.

"The toys come from every populated continent," says Mr. Keats, who created the list in consultation with a global committee of curators, scholars, and amateur collectors, and in collaboration with UNESCO head of foresight Riel Miller. Examples include an educational robot from 1960s Argentina, and a wind-up toy washing machine made in China in the '70s, and a precursor to Legos. Another item in the collection is the Dick Tracy Wrist Radio, a 1950s electronic toy that Tim Cook has credited with inspiring the Apple Watch.

While a lot of ZDNet readers might think this casts the causal link between toys and the future in a positive light, Keats' intention is raise critical awareness. The future conceived by adult toymakers is essentially being passed along to children, who in turn realize that future.

"You could say that Tim Cook's technological outlook was programmed by his parents' generation," observes Mr. Keats, who points out that professional futurists refer to this phenomenon as "colonizing the future," thereby denying new generations the right to collective self-determination and authentic innovation.

"This form of chronological squatting has been a problem for the past couple hundred years," observes Mr. Keats. "And it's expanded even as the technological advances advocated by these toys have rendered living conditions less predictable, requiring each successive generation to have greater aptitude for adjusting to the present for the sake of survival. This hubristic futuristic feedback loop is unsustainable."

Is this correctable? The Museum of Future History, alongside UNESCO's Futures Literacy program, will put forth a public initiative to invent toys that encourage children to envision multiple possible futures, initially by hacking existing toys and games.

"The ability to balance long-term thinking and contingency will only become more important in a world of pandemics and climate change," says Mr. Keats. "Toys need to become more philosophical in order for children to start playing with tomorrow's uncertainties today."