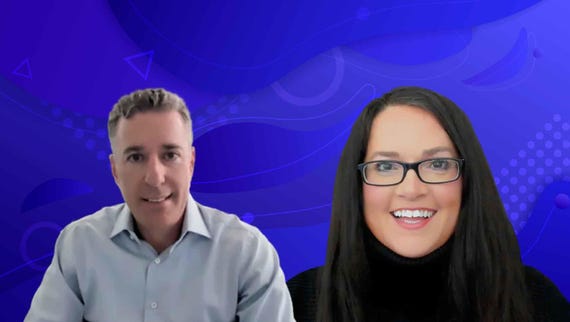 "Gigabit Britain" won't be achieved on time, suggests a new report: although nationwide broadband and mobile connectivity targets were recently downgraded, the UK will still struggle to achieve gigabit speeds at the scale promised by the government, and before the 2025 deadline.

Gigabit speeds are a significant step up from so-called "superfast" speeds – which are currently available to 97% of UK households. At 1,000 Mbps, which is about 40 times as fast as standard superfast broadband, gigabit connectivity can be delivered through various technologies, including full-fiber, cable and 5G.

Special Report: 5G: What it means for edge computing (free PDF) This ebook, based on the latest ZDNet / TechRepublic special feature, helps business leaders understand how cloud providers, telecoms, and carriers will make 5G part of their edge-computing plans.

Last year, the UK government pledged to deliver full-fiber and gigabit-capable broadband to the whole of the country by 2025. This is estimated to cost around £30 billion ($40 billion), the vast majority of which will be covered by commercial rollouts. At the time, the government committed to take on £5 billion ($6.7 billion) of the total bill to provide coverage for the 20% of the country that is harder to reach, and therefore unlikely to benefit from industrial investment.

Last month, however, a new target was announced. Together with industry, the government is now aiming for only 85% of coverage by 2025, and while it assured that the £5 billion budget would remain the same, only £1.2 billion ($1.6 billion) was to be unlocked in the next four years.

The new report published by the culture media and sport committee flags that downgrading the target was inevitable. Delivering nationwide gigabit coverage by 2025 is unrealistic: with only 28% of UK premises currently able to access gigabit speeds, it would require up to 500,000 kilometers-worth of new cable to be laid out around 31 million premises. To do this in time, current build rates would need to be accelerated by roughly four times.

"Sticking to unachievable targets benefits no one, and it was inevitable that the government would have to abandon its unrealistic manifesto pledge to deliver nationwide gigabit connectivity by 2025," reads the committee's report.

It remains that the new target of delivering gigabit speeds to 85% of the country, which represents about 26 million premises, by 2025 "must also be interrogated," said the MPs. Over the past year, an additional 1.8 million premises in the UK gained access to full-fiber services; to expand this to meet government targets, concluded the report, would still require the build rate to increase threefold.

Even if telecoms companies are up to the challenge, MPs raised concerns at only being able to access a quarter of the government's original £5 billion budget to bring faster speeds to the country's more remote areas. "This will undermine the ambition for such premises to receive better connectivity at the same time as other parts of the UK," they wrote.

Although full-fiber will be by far the most common way to access gigabit speeds, the committee also studied the availability of other technologies such as 5G, which will provide, in some cases, a more cost-effective way for faster speeds to reach homes and businesses.

The government has previously announced the objective of achieving majority 5G coverage in the UK by 2027 – another target that the committee described as "ambitious". Recent restrictions on the use of 5G equipment provided by high-risk vendors like Huawei, based on security concerns, have led to warnings of delays in the rollout of the technology of up to three years, at an extra cost of £2 billion ($2.6 billion).

The committee also recommended that the government pay special attention to deploying 5G in a more equal way, without leaving sparsely populated rural areas behind, as has been the case with previous generations of mobile networks. According to the report, up to 9% of the UK is still a geographic "not-spot", with no 4G service available from any mobile operator – a proportion that jumps to 20% in Scotland.

"This highlights the risk that the rollout of 5G will follow the same pattern, and suffer the same issues, seen with previous mobile generations: leaving some parts of the country with poorer mobile connectivity and exacerbating the digital divide," reads the report.

The gap between well-connected areas and remote locations was acutely felt during the past year, as the COVID-19 pandemic forced workers to stay at home and carry out their jobs with digital tools. To avoid a further deepening of inequalities, the committee urged the government to focus on ensuring that some parts of the country don't get left behind when it comes to rolling out gigabit-capable broadband. Unfortunately, this will be harder to achieve with a thinner budget.

The government has, in parallel, set out a timeline for how the first £1.2 billion of the total £5 billion commitment will be made available in the next four years to "maximize" coverage in harder-to-reach areas before 2025. Homes and businesses that don't have access to superfast broadband will be prioritized, and should see their speeds jump from less than 30Mbps to more than 1,000 Mbps.

Join Discussion for: 5G and broadband rollout plans are going...