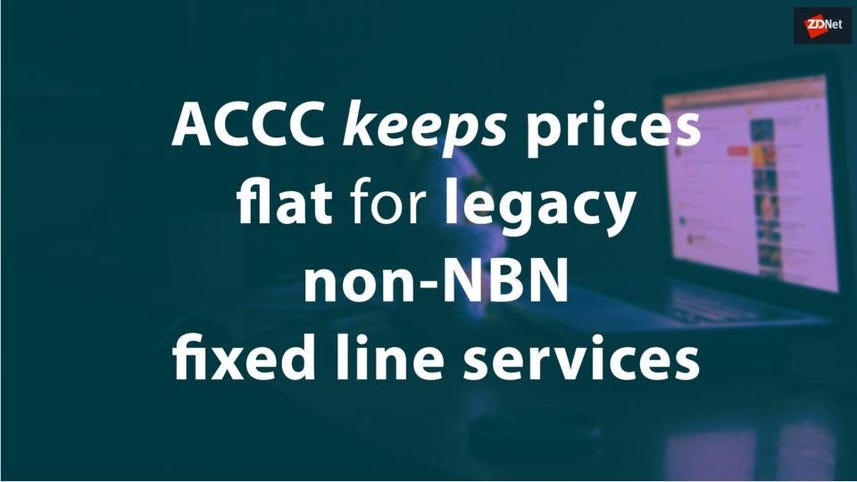 The Australian Competition and Consumer Commission (ACCC) has made its final pricing decision for legacy non-NBN services, stating the prices will remain as is until 30 June 2024.

The consumer watchdog said once the main work of NBN construction is due to be completed in June next year, with an 18 month migration period to follow and be "mostly done" by 2022, it expects this decision to be its last related to these services.

"Although the NBN rollout is almost finished, RSPs will still need to use these legacy networks to provide services to some consumers for a few more years," ACCC chair Rod Sims said on Friday.

"Maintaining the current prices and other terms of access will give the industry some certainty and stability as the NBN migration continues."

Due to the pricing remaining unchanged, the ACCC said the cost of the services would come down in real terms.

In a separate inquiry, the regulator is looking into the lower end of the NBN market, with a particular focus on the basic 12/1 speed tier that NBN offers.

Last month, the ACCC said it is worried people cannot get a basic NBN service at the same pricing level as prior ADSL services.

In August, the ACCC took credit for an improvement in NBN outage numbers from Optus, with the telco deploying a firmware update to modems.