Cynthia Paez Bowman is a finance, real estate and international business journalist. Besides ZDNet, her work has been featured in Business Jet Traveler, MSN, CheatSheet.

See at AT&T See at Frontier See at Spectrum

Fort Worth is known as the city; "where the west begins." However, it's no longer a small Texas town of the Old West — there are nearly one million residents living in Fort Worth. While you can still find remnants of its past, such as the Log Cabin Village, Fort Worth has become a modern and vibrant city with high-speed internet available throughout.

If you're moving to Fort Worth, Texas or you're ready to comparison shop the best local internet providers, you may find this review helpful. We've analyzed several of the top Fort Worth internet providers to give you guidance on which broadband service plans may work best for you.

The three best internet providers in Fort Worth 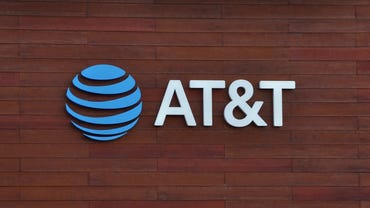 If your household has several family members who stream videos, shop online and web chat at once, high-speed internet is essential. Without it, your family can experience slow page loads and lag times when streaming music or movies. Fortunately, AT&T offers fiber optic internet service in Fort Worth so that you can take advantage of the fastest speeds in the Dallas/Fort Worth area.

See at AT&T
See at Frontier

Frontier Communications makes our list of the best Fort Worth internet providers for its low prices. Besides high-speed internet, the company provides satellite television through Direct TV and phone services. Frontier claims its internet speeds are faster than those of cable internet providers because you won't have to share the broadband connection with neighbors — Frontier directly wires internet to your home.

See at Frontier
See at Spectrum

Best for no commitments 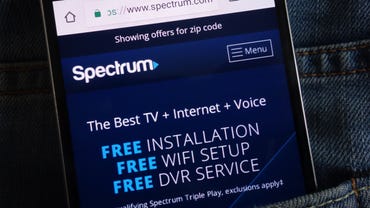 Spectrum may be the best choice if you prefer not to fuss with the fine print. This Fort Worth internet provider does not lock you into a long-term contract to access their internet services. You also won't be limited by data caps or speed throttling on your internet plan.

How we found the best internet providers in Fort Worth

We analyzed a dozen companies to find the best internet providers in Fort Worth. Some of the key features we looked for include:

Is 6 Mbps enough for gaming?

If you're the only connected device to your broadband router, 6 Mbps may be just enough to stream a high-definition game or video. To be safe, you may want to upgrade to 25 Mbps or higher so you avoid lag time, especially if you'd like to connect more than one device.

How fast is internet service in Fort Worth?

Depending on the neighborhood, you'll have access to speeds ranging between 6 Mbps to 1000 Mbps.

What is a data cap?

Join Discussion for: Best internet provider in Fort Worth 2022:...