Ashlee is an MBA business professional by day and a dynamic freelance writer by night. Covering industries like banking, finance, and health & wellness, her work has been published on sites like bankrate.

See at Centurylink See at Cox

Despite a booming, fast-paced population, the average Phoenix resident has limited options for internet providers. Cable and DSL are the most common types of internet connection available in the area, though fiber has been introduced and is slowly expanding in the less rural locations.

The 3 Best Internet Providers in Phoenix 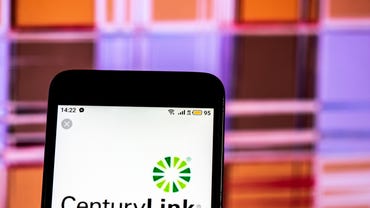 CenturyLink's origins go all the way back to the 1930s when William Clarke and Marie Williams purchased the Oak Ridge Telephone Company. In 1971, it was renamed Century Telephone Enterprises and became what is known today as CenturyLink. The company currently offers DSL internet to over 95% of Phoenix, Arizona.

Its user-friendly website includes a tool to help you decide what speeds you truly require for your internet-usage needs. This helps to ensure you do not pay for a package with way more speed than you need or that you do not sign up for a package that doesn't offer the speeds you need.

Unfortunately, CenturyLink does not come out shining in customer reviews. Yelp reviews give them a low one out of five stars, with customers claiming poor speeds and subpar service. Some customers report that the highest speeds are only available within close proximity to CenturyLink and that those a bit farther out struggle to get adequate speeds. It is important to remember that your unique usage will determine your speed needs. This should be assessed before selecting an internet service provider in Phoenix.

See at Centurylink
See at Cox 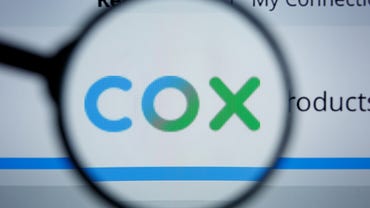 Cox Communications is one of two primary internet service providers in Phoenix, Arizona, based on coverage.

Its Panoramic Wifi, offered as an add-on to any package, is an all-in-one modem and router that acts as the hub for your entire home's wifi.

Also offered for all packages, Cox Complete Care is a hassle-free support service to help resolve any of your internet questions, troubleshooting, etc.

Unlimited data gives customers the peace of mind of ever having to worry about their data usage. All Cox Communications' internet packages are based on a 12-month contract.

Much like its main competitor CenturyLink, Cox Communications suffers a bad rap on Yelp. Customers have rated the Cox Communications in Phoenix a one out of five stars. As is the case with competing internet service providers, these reviews include all services provided, including internet, phone, television, and home security. Customers complain of frustrations with customer service and feeling a lack of internet options in their area.

Best for Locally-Owned and Operated 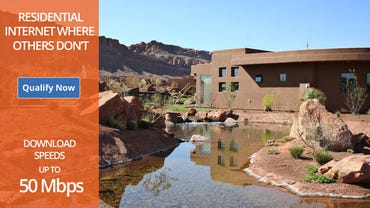 While its website did not include much on the company's history and isn't as user-friendly and informative as its competitors, we were able to find that it offers high-speed internet packages starting at $50 per month and promises coverage to many areas that are not serviced by competitors.

Customers also benefit from unlimited data and speed up to 25 Mbps.

Phoenix Internet fares only slightly better than its competitors on Yelp with a two out of five-star review. Though some complaints are related to customer service, most are related to a lack of speed.

How We Found the Best Internet Providers in Phoenix

Why do many customers complain that they are not receiving the promised download speeds?

The distinction of a promised speed versus an "up to" speed is a very important one. None of the internet providers reviewed promise certain speeds. Instead, the companies give an "up to" speed that is dependent upon factors like location.

If you assume that because a package offers "up to 1,000 Mbps" that you will definitely get 1,000 Mbps speeds, you may find yourself disappointed if your exact location affects that speed. Speak with internet service provider representatives to discuss your specific speed needs, locations, and what you should expect.

Can I use my own modem and/or router with these internet providers?

Though the internet providers offer their own recommended modem/router combinations, most offer customers the flexibility of using their own. It is important to note that if you use your own equipment, you will likely not receive technical support for the equipment from the internet provider. Additionally, the companies do not provide any warranty on the equipment, if it is your own.

How can I be sure I am getting the right speeds?

The true test of speed is actual usage. Are you able to perform all the tasks you need and desire to perform using your internet? For example, if streaming television is a high-priority need, are you able to do this with your current speed? If so, we consider that a success.

If you would like additional information on the speeds you are receiving at any given time, you can ask your internet provider for usage reports or download any number of speed test apps, like Ookla, to test the speeds yourself.

You may be surprised that you can achieve your internet usage goals with much smaller Mbps than you imagined, which could eliminate your need for higher speeds or a more expensive package.