It was about a year ago that I began my transition away from Google Chrome (spoilers, I still need to use it, but I now use it minimally). 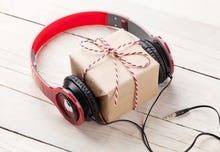 I disentangled my data and passwords out of the browser.

I tried a whole bunch of other browsers.

I learned and relearned a whole bunch of new muscle memory movements.

But it was worth it.

I knew that Google Chrome was one of the worst browsers I could be running in terms of performance and power/resource consumption, and yet I kept on using it for years.

I was sure it would get better.

But sure enough, it kept getting worse.

I know that I'm partly to blame. Having dozens of tabs open in a browser doesn't come free, and it's not how browsers were designed to operate (remember bookmarks?). But what can I say? I have a tab problem. And until someone comes up with a redesigned way to handle bookmarks, that problem's not going away anytime soon.

I tried a lot of browsers.

They are all far better, far superior compared to Google Chrome.

Sometimes you don't notice how bad something is until you look at it in hindsight.

Google Chrome has cornered the web browser market and has become the defacto browser for many millions of users.

On Windows, Google Chrome started out as an alternative to the bloated, buggy competition.

The best browsers for privacy Most people use Google Chrome as their default browser. But privacy is another matter for the online ad giant.

And then, over time, it became the thing it set out to destroy.

So, what's my favorite browser now?

Here's my secret --I don't have one. I'm partial to Safari on Mac because it's energy and resource efficient, but I'll also happily use anything else -- Brave is good, Firefox is great, Opera is still a solid browser. And there's Edge on Windows.

I think the trick is not to have a favorite.

If you have to use Google Chrome, I have some ideas on how to make it less awful. But at the end of the day, it's still awful. It's even awful on the new MacBook Pro running the M1 Pro chip. And that chip makes Adobe Premiere Pro look good.

I don't say this lightly, but my advice to everyone is to dump Google Chrome. I know not everyone can get rid of it completely (I'm one of those people), but do yourself a favor and go try some other browsers. And then you'll see for yourself just how bad Google Chrome actually is.

Join Discussion for: Ditching Google Chrome was the best thing...