Microsoft: FCC massively overstating how many Americans have broadband access

US has "no accurate, comprehensive, and public estimate of broadband coverage", Microsoft tells lawmakers.
Written by Liam Tung, Contributor on April 9, 2019 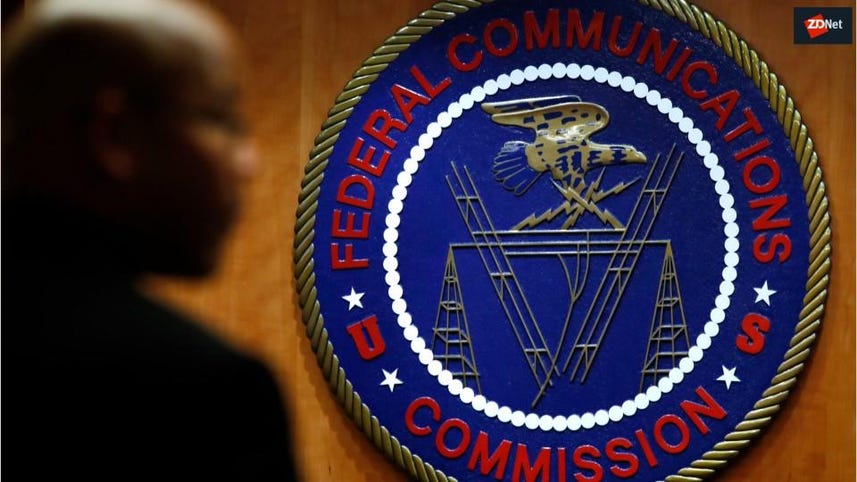 According to Federal Communications Commission chairman Ajit Pai, the FCC's current strategy has done wonders for closing the digital divide between those with access to broadband and those without it.

The FCC's actions for "removing barriers to infrastructure investment" coupled with its Connect America Fund have resulted in a significant boost in broadband access across rural America, according to Pai.

Now Microsoft has added its voice to those challenging the accuracy of the FCC's broadband claims.

As reported by Ars Technica last month, the supposed gains in broadband deployment in the US could have been made by a huge error in the data Pai used to make the claim, which came from a Draft of the 2019 Broadband Deployment Report.

The apparent error, raised by advocacy group Free Press, arose because a new ISP, Barrier Communications, massively over-reported its coverage. The ISP was meant to have reported specific census blocks it serves broadband to, but instead reported that it covered every single census block in the eight states it delivers to.

After removing the Barrier Communications data, Free Press estimated the "the number of Americans lacking access to a fixed broadband connection at the 25Mbps/3Mbps threshold declined to 21.3 million, not 19.4 million".

The 2019 broadband report still needs to be voted on, but now Microsoft is challenging the broadband access figures in the 2018 report with numbers that paint a far worse picture of the digital divide. The company is also demanding that the FCC fixes data-collection problems that feed into its broadband report before it releases the new report.

Microsoft contends the percentage of Americans who lack access to broadband at 25Mbps/3Mbps speeds is "much higher" than the FCC's estimates.

"The government's most current broadband statistics come from the FCC and suggest 25 million Americans lack access to a broadband connection. There's strong evidence, though, that the percentage of Americans without broadband access is much higher than the figures reported by the FCC," wrote John Kahan, Microsoft's chief data analytics officer.

Microsoft decided to release its own data ahead of Wednesday's "Broadband Mapping: Challenges and Solutions" hearing being held by the US Senate Committee on Commerce, Science, and Transportation.

The figure is derived from data Microsoft collects to improve the performance and security of its own software and services. Given Microsoft's regular updates to Windows users, which can be gigabytes in size, the company would be well-placed to know the state of broadband in the US.

"Our results align well with the FCC's broadband subscription data and the Pew Research numbers, which suggests these data sets are far closer to the mark then the broadband access data reported by the FCC and leaves us with the inescapable conclusion that today there exists no accurate, comprehensive and public estimate of broadband coverage in the United States," continued Kahan.

Kahan uses Ferry County in Microsoft's home state of Washington as an example. The FCC's data, based on form 477 filings, indicates the county has ubiquitous broadband coverage. Microsoft's data however shows that only two percent of Ferry County is using broadband.

The same goes for Mississippi, where the FCC indicates broadband is available to 97.1 percent of people in Tishomingo County, Microsoft's data shows only 3.6 percent of the county uses the internet at broadband speeds.

Kahan says there are "significant discrepancies across nearly all counties in all 50 states".

The company says there is a major problem with the FCC's reliance on Form 477, which asks providers whether they are "providing or could …without an extraordinary commitment of resources provide broadband service to an area".

If the provider answers yes to either question, the FCC considers the area covered, even if the area isn't and the provider has no plans to.

The other key problem is the FCC's use of census blocks, which lacks location specificity.

"In rural areas, these blocks can be quite large. If broadband access is delivered to a single customer in that block, the entire block is counted as having service. We must be able to count those within the census block who are unserved," wrote Kahan.

Microsoft has asked members of the Commerce committee to remove "could provide" from the question in Form 477. It also wants the FCC to use "both availability and actual usage (and/or subscription data)" to guide investment.

Finally, it wants the FCC to fix the availability data collection and reporting problems before it releases the new report on broadband mapping.

"Our data science team has reviewed the draft report from the FCC and compared it to our latest usage data. We found that the increase in access reported in that draft document has not translated into broadband usage growth, especially in rural areas. This demonstrates the need to make significant adjustments to methodology prior to release," wrote Kahan.

More on broadband and the FCC