Adjusted EBITDA of AU$608 million wiped out by AU$2 billion in payments to Telstra and Optus.
Written by Chris Duckett on Aug. 14, 2019 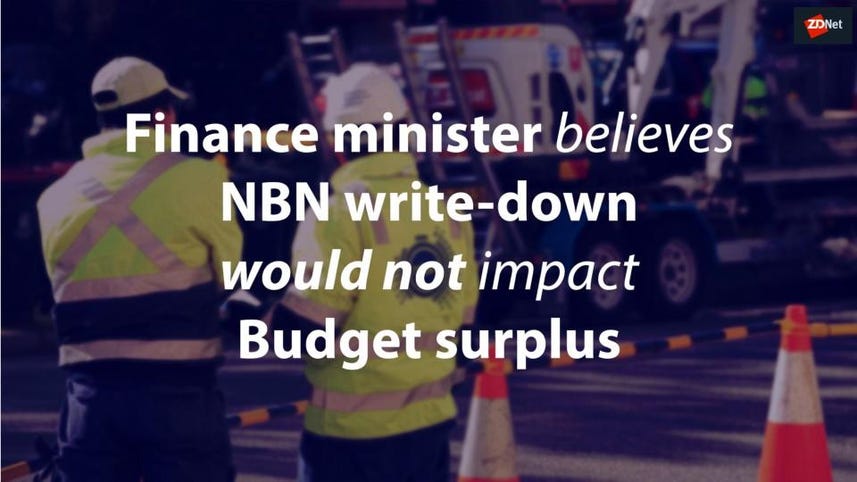 The company responsible for deploying the National Broadband Network (NBN) across Australia has reported its full year results to June 30, with total revenue for NBN up 43% to AU$2.83 billion.

NBN also disclosed that its adjusted earnings before interest, tax, depreciation and amortisation (EBITDA) hit positive territory for the first time, coming in at AU$608 million compared to the AU$103 million loss recorded last year, however this is before payments to Telstra and Optus are taken into account.

The company did not disclose the exact amount handed over to the telcos for access to their networks and ducts, but said it was "around AU$2 billion". Last year, the payments were AU$1.95 billion, and flowed into a proper EBITDA loss of AU$2.05 billion, and net loss of AU$4.78 billion.

NBN CEO Stephen Rue said the network would be completed by 30 June 2020, with the exception of greenfield builds, complex installation, and culturally significant areas and heritage sites.

"I cannot emphasise enough what a remarkable achievement this is," Rue said.

"Many years ago, we set out a plan to complete the build in 2020. Today, less than one year away, we can confirm we are on time and on budget."

"It is imperative that the company maintains its prudent financial management to ensure we can sustainably fund ongoing maintenance and operations of the network on behalf of customers, and to be in a position to upgrade the network as community needs develop over time," he said.

"We are making great progress with the Business segment contributing more than $388 million in revenue in FY19 and we expect this segment to remain solid and for residential and business customer demand for higher speed tiers to continue in FY20."

Capital expenditure on NBN was AU$5.9 billion, a 3% increase from last year, while operating expenses grew 7%.

On the connections front, NBN increased its customer numbers by 37% to 5.53 million, and connected nearly 3 million premises to its network in the twelve months to June 30.

Last month, NBN announced it had narrowly beat its own targets for the 2019 fiscal year.

For premises ready to connect to the network, NBN reported 9.93 million against a target of 9.7 million. NBN also reported, at the time, 5.52 million premises were activated on the network compared to its target of 5.5 million.

Over recent weeks, NBN and Telstra had engaged in a round of finger pointing over which company was responsible for money disappearing from which company's balance sheet.

Read: Australia or Austria, the most expensive broadband plans belongs to one of them

Telstra CEO Andy Penn said at the time it was unprofitable for retailers to resell the National Broadband Network (NBN) at current prices.

ACCC chair Rod Sims entered the fray, and said the value of NBN should be ignored, in preference for how to make use of it.

Australian Finance Minister Mathias Cormann retorted that any potential write-down of the network would be a political decision, and not impact the Budget bottom line.

"A write-down would not impact surplus goal. NBN equity investment was classified as such when it was made," Cormann said last week.

"Those pushing for a political decision to write-down the value of NBN to facilitate lower prices and higher margins for other businesses are arguing that the taxpayer rather than customers should carry more of the cost burden of services provided by NBN and accessed by NBN customers."

Australia Post to use NBN as part of network infrastructure upgrade

Australia's incumbent postal service has awarded Comscentre to help with the five-year project.