​Net neutrality: The eve of destruction

To no one's surprise, President Donald Trump and Chairman Ajit Pai's FCC has killed net neutrality, and we must live with the ugliness that will follow.
Written by Steven Vaughan-Nichols, Senior Contributing Editor on Dec. 14, 2017 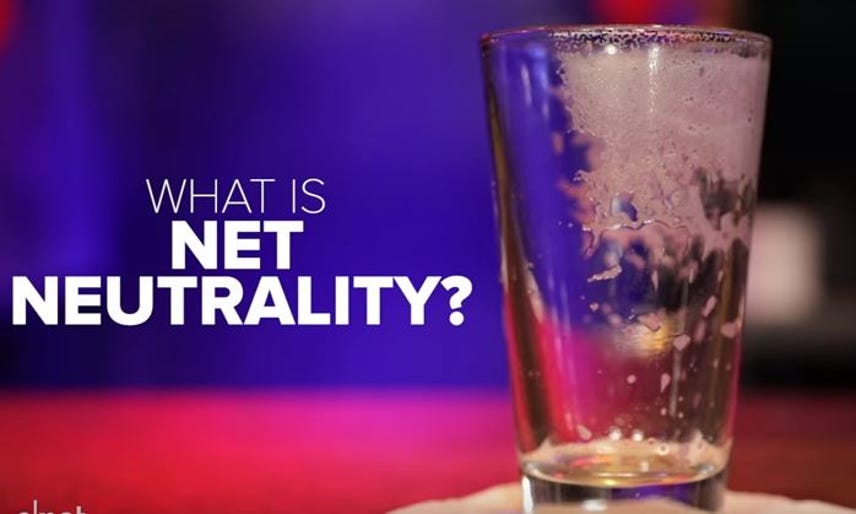 The people spoke, and they want net neutrality.

The major web powers -- Amazon, Facebook, Google, Microsoft, and dozens of others -- spoke, too. They want to keep net neutrality. The creator of the modern internet, Vint Cerf, and the web's founder, Tim Berners-Lee, spoke -- and they want to maintain net neutrality.

Thirty-nine senators and numerous other members of Congress urged the Federal Communications Commission (FCC) to abandon its "radical and reckless plan to turn the FCC's back on consumers and the future of the free and open internet."

New York Attorney General Eric Schneiderman claimed two million net neutrality comments were fake. Further, Schneiderman said, "Moving forward with this vote would make a mockery of our public comment process and reward those who perpetrated this fraud to advance their own hidden agenda."

So, what did FCC chairman Ajit Pai, a former Verizon attorney, and Michael O'Rielly and Brendan Carr, Republican FCC commissioners, do? Of course, they voted to kill net neutrality.

There was never any doubt that they would follow in President Donald Trump's footsteps of ignoring experts and the people to enrich their buddies in a few companies. Pai's plan spelled it all out, and despite protests from all circles, he shoved it down the nation's throat without any changes.

So, what happens next? I'll tell you.

First, this isn't the end of the story. While Pai may ignore the people, Congress, mostly Democrats but some Republicans too, will try to block the destruction of net neutrality. A recent University of Maryland poll found 83 percent of voters support net neutrality. Seventy-five percent of Republicans and 89 percent of Democrats support it. Sen. John Thune (R-SD) asked net neutrality supporters on "both sides of the aisle" to come work with him on a legislative solution.

The Electronic Frontier Foundation (EFF) and other organizations will take the FCC to court. The Trumpian-dominated FCC will face opposition from every legal quarter on its shameful decision.

Major internet providers promise that all will be well. AT&T, Comcast, and Verizon have all promised they won't block or throttle content. If you believe that, I have a great bridge near Brooklyn to sell you.

In the very short run, I don't expect the ISPs to do much. They'll face too much heat during this time when people are enraged at the FCC's decision. But to boost their bottom lines, they'll start hitting at your internet rights.

First, as Berners-Lee points out, they'll come after developers and small businesses:

When I invented the World Wide Web in 1989, I didn't have to pay a fee, or ask anyone for permission to make it available over the internet. All I had to do was write a new app and plug my computer into the net. If US net neutrality rules are repealed, future innovators will have to first negotiate with each ISP to get their new product onto an internet package. That means no more permissionless space for innovation. ISPs will have the power to decide which websites you can access and at what speed each will load. In other words, they'll be able to decide which companies succeed online, which voices are heard -- and which are silenced.

Then, they'll start restricting what sites users can and can't reach. This will be done by giving sites and services that pay up a faster pipe in the last mile to your home or office while cramming all other sites and services into a slow lane.

Read also: Welcome back, sneakernet: Why net neutrality repeal will drive us to the edge | FCC revisited: Net neutrality changes are misleading and not benign | Trump's FCC announces plans to kill net neutrality

After that, you can expect to pay fees for some services. Use social networking a lot? That will be $5 a month for Facebook. Mind you, Facebook won't see a dime of that money, but your ISP will. Or, perhaps, Facebook will be free, but any other social network will cost more. So much for any would-be Facebook rival.

Finally, you're going to pay more for your internet access, period. End of statement. Before that happens, though, you'll also pay more for some sites. How do you think those other sites that don't have the advertising revenue of a Google or Facebook will pay for access to you? Yes, that's right. You can expect them -- very reluctantly -- to start charging fees (or, in the case of services such as video streaming, higher fees).

Brace yourself. We're in for a bumpy ride as our internet thrashes and as the FCC ruling begins to strangle the free and open internet we've grown up with.