Thanks to its latest launch, SpaceX now has over 500 Starlink internet satellites in orbit. With this advance, the company is now inviting people to apply to become Starlink beta testers.
Written by Steven Vaughan-Nichols, Senior Contributing Editor on June 15, 2020 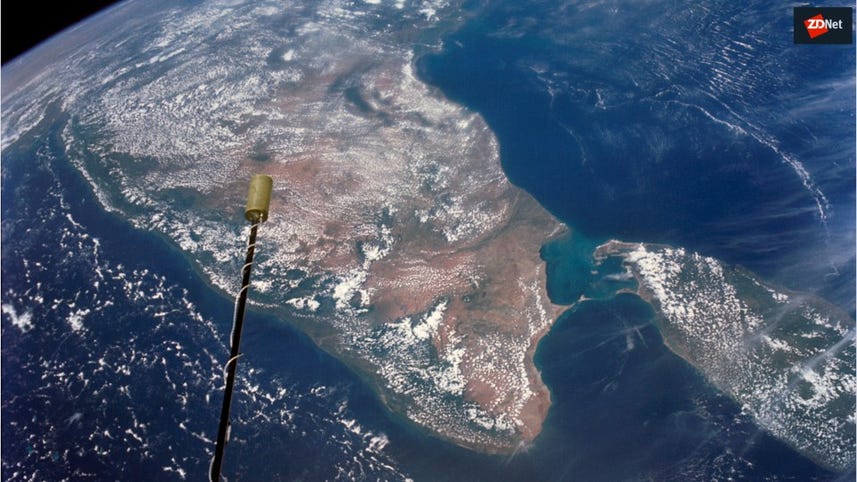 Sick of being stuck with low internet speeds out in the sticks? Want to free yourself from your low-quality rural cable, DSL, or -- you poor devil -- modem charges and speeds? SpaceX is finally cracking open the door to its Starlink low-earth orbit (LEO) internet service.

According to SpaceX founder and CEO Elon Musk, SpaceX needs about 400 Starlink satellites to provide "minor" coverage and 800 for "moderate" coverage. The initial Starlink mega-constellation will have 12,000 satellites. But that's far from the end. In late May, SpaceX applied to the FCC to launch as many as 30,000 Starlink satellites,

Still, with 540 satellites is enough for SpaceX to be inviting users to apply to become beta testers. The website now invites you to  "Get updates on Starlink news and service availability in your area," by filling out a form for an email address and zip code. The form allows prospective customers to apply for updates and access to a public beta test of the Starlink service.

Once you do, you'll get an e-mail reading:

Starlink is designed to deliver high-speed broadband internet to locations where access has been unreliable, expensive, or completely unavailable. Private beta testing is expected to begin later this summer, followed by public beta testing, starting with higher latitudes.

If you provided us with your zip code, you will be notified via email if beta testing opportunities become available in your area. In the meantime, we will continue to share with you updates about general service availability and upcoming Starlink launches.

By the time the beta is open, late-summer or early fall, there may well be about 800 satellites ready to deliver broadband internet to Americans living in the northern contiguous states. We don't know how far south the initial beta coverage area extends.

If you're accepted for the beta, you can expect to get a user terminal with a flat disc antenna, which measures 0.48 meters in diameter. Musk describes these as looking like a "little UFO on a stick." Your terminal's antennas will self-direct itself for the best satellite signals.

SpaceX has yet to release data on its upload speeds, but my best guess is it will be far slower than its 1Gbps download speed. I strongly suspect it won't be able to do much better than a geostationary satellite's 3Mbps. Still, that's a usable speed.

When it comes to latency, SpaceX has the older satellite Internet services beat all hollow. HughesNet has a latency of over 500 milliseconds. That's a half-second in people time.  Starlink promises to have a latency of between 15ms to 25ms. Good Earth-bound broadband gives you latency of about 8ms to 20ms. This high-bandwidth will enable you to run video-conferencing and play high-end video games.

More recently, Musk tweeted, initially you can expect "Around 20ms. It's designed to run real-time, competitive video games. Version 2, which is at lower altitude could be as low as 8ms latency."

If all goes well with the beta, Musk has said Starlink will cost about $80 per month. It won't be available everywhere, though, at first. The US and Canada will get the service first. Eventually, it will be global.

However, if you're already living in cities or suburbs where you can get 100Mbps internet services, odds are you may not eligible for Starlink. As SpaceX tweeted: "Starlink's [goal]  will deliver high-speed broadband Internet to locations where access has been unreliable, expensive, or completely unavailable."

Starlink is not looking to compete with your local ISP. Or, at least not yet anyway. Stay tuned.

Remote work is here to stay. So why is everyone still getting it so wrong?

Remote work is here to stay. So why is everyone still getting it so wrong?