Sprint's Magic Box is free to qualified customers and appears to be a win-win. Customers get better coverage indoors, and Sprint gets inexpensive backhaul for its network.
Written by Larry Dignan on May 3, 2017 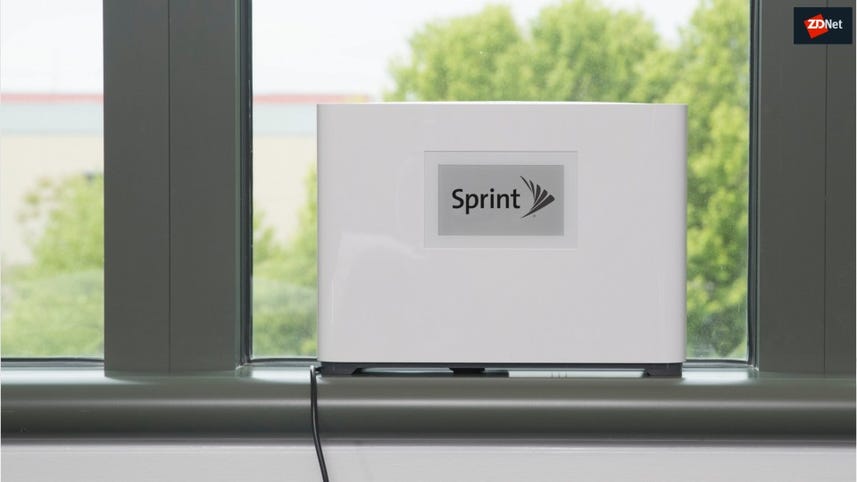 Sprint has launched an all-wireless small cell designed to provide better LTE coverage inside of homes and businesses in a move that could make its network more dense.

The small cell -- dubbed the Sprint Magic Box -- is designed to be plugged in without installation, router, or Wi-Fi. The Magic Box covers 30,000 square feet inside and extends to 100 meters outside. Businesses will get access to Sprint's Magic Box first and then consumers will follow.

For Sprint, the Magic Box highlights how it can densify its network and set itself up for the 5G upgrade. Sprint, which along with T-Mobile is putting pressure on wireless giants Verizon and AT&T, said it has started to deploy the Magic Box in Denver, San Francisco, Indianapolis, New York, Chicago, and Houston. Sprint reported a mixed fourth quarter.

In a blog post, CTO John Saw said the technology in the Magic Box includes:

The Magic Box gives Sprint the ability to densify the network without the cost of backhaul. Sprint said the Magic Box was designed with partner Airspan. Magic Box is free to qualifying customers. Sprint qualifies customers to ensure they are in a location that can connect easily to the broader network.

On the surface, the Magic Box looks like a win-win. Customers get better coverage and Sprint gets to build a dense network.