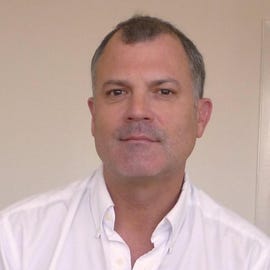 Adrian is a technology journalist with over two decades of press experience. Primarily he works as a news analysis writer dedicated to a software application development 'beat'. Adrian has spent much of the last ten years focusing on open s…ource, data analytics and intelligence, cloud computing, mobile devices and data management. He has an extensive background in communications starting in print media, newspapers and also television. He has enough man-hours of cynical world-weary technology experience to separate the spin from the substance, even when the products are shiny and new.

Adrian's views are his alone and do not necessarily represent those of any vendors, groups and organizations.

How to talk to a cloud

December 14, 2018 by Adrian Bridgwater in Build What's Next / Brought to you by Google Cloud

Order amongst chaos: automation best practice in a serverless world

Without straying too far into any notion of 'cookie cutter' computing, how intelligently can we apply custom-built pre-templated automation controls into serverless environments based upon defined (and agreed) best practices for information management and application deployment?

November 14, 2018 by Adrian Bridgwater in Build What's Next / Brought to you by Google Cloud

Oracle Business Intelligence 11g: do you smell something fishy?

Oracle used Old Billingsgate fish market to brief the press, analyst and customer community on its forthcoming Business Intelligence 11g offering this morning. There wasn't much of a smell of fish left in the auditorium thankfully.

July 7, 2010 by Adrian Bridgwater in Developer

Oracle does JavaOne and Develop 2010

I'm with Oracle this week for some developer related news, which I hope to report on later today. This is in fact my first exposure to Oracle in recent times.

July 6, 2010 by Adrian Bridgwater in Developer

ERP and the wasted transaction dilemma

Business transaction-related electronic information flow has spiraled to new heights. Companies operate on the aggregated results of millions of 'events' and the prevalence of web services has served to further swell the volumes of data that must be extrapolated, interpreted and processed at any one time.

July 5, 2010 by Adrian Bridgwater in Developer

With all this talk of electoral reform in the air, is it too tenuous a link to ask whether we need a fresh approach to multiple platform database aggregation? Could that "single view of disparately located data" become even harder to achieve as the cloud gains its inevitable virtual foothold?

July 2, 2010 by Adrian Bridgwater in Developer

This blog could quite easily have been called – Just How Much Of A Security Risk Does User Generated Content (UGC) Represent? It was late last night when I was checking mail that I was offered a link to "Find Out Who Blocked You On Facebook" by someone I trust implicitly.

June 30, 2010 by Adrian Bridgwater in Developer

When is a hack not a hack?

Question: when is a hack not a hack? Answer: it depends.

June 28, 2010 by Adrian Bridgwater in Developer

Red Hat served up a smorgasbord worth of announcements this week to coincide with its developer summit in Boston, USA. As well as the positive effect on the company's bottom line that Red Hat's JBoss middleware appears to be having, there was plenty of deep dive news to nibble on too.

June 25, 2010 by Adrian Bridgwater in Developer

Given the widespread popularity of social networking sites such as Facebook and Twitter, technology analysts and commentators have for some time now been debating over their use in the commercial workplace. The argument rests on whether they provide a means to facilitate improved team engagement as a "collaborative" networking tool, or whether they are simply a distraction.

June 23, 2010 by Adrian Bridgwater in Developer