I know that you're probably all caught up in Apple's iPhone 6 hype, have seen its "leaked" photos, and have heard all about its alledged new features. But I'm expecting more Apple guff and maybe a few new features that will extract another $600+ out of the hands of people who really can't afford it. If it's as impressive* as the iPhone 5 is/was, then there's not a lot to look forward to. 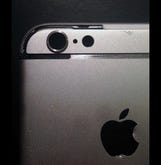 I've heard the rumors too. I've seen the pictures. I've read the list of guessed at features. I'm not sure which ones to believe and which ones need to be ignored. Among the list of features are sapphire glass, larger screen, more storage, blah, blah, blah. Here's my list of ten features/fixes/changes that I'd like to see Apple implement in the iPhone 7 (in no particular order).

It's rumored that the iPhone 6 has no 3.5mm earphone jack. That's a design flaw. Users need the jack and not always for earbuds. For example, I have an iblazr 3.5mm flash unit that, of course, fits into the earphone jack. It provides continuous lighting for iPhone movies and iPhone pictures. On the iPhone 4, the jack is located on the phone's top edge. The new and improved** iPhone 5 has it conveniently*** located on the bottom of the phone. Now anything that I place into that jack, including my earbuds, are awkward and inconvenient.

One of the iPhone 6 features that I've heard about is wireless charging. Hey, that would be a grand idea, since my lightning charger that came with my iPhone 5 rarely works. I keep getting this message about it being an incompatible cable. Really? The factory one? OK. I plugged in my iPhone 5 the other night to charge it and guess what? The next morning on my way to the YMCA, I had no charge, although it had been plugged in all night long. Awesome is the only word that I can use to describe my feeling that the cable didn't work. Yes, please sell me another $600 iPhone please.

Yes, indeed. Please put a wired mini-USB charging port on the iPhone 7. You know...because it works and when one breaks, I can easily and cheaply replace it. No, mini-USB ports aren't perfect, but they don't cost $30 to replace either. Just use a mini-USB one like everyone else. You don't always have to be different and proprietary. That proprietary thing is so last century.

It's weird, but my iPhone 5 has volume problems. My iPhone 4 didn't. It seems as if that it only has two volumes: ON or OFF. It's either blaring or so soft that I can't hear it. And it's not consistent. If I talk on the phone, I have to press the volume down button several times to hold the phone to my head. When I listen to music at that same level, it's so faint that I can't hear it. Can you widen the range, adjust the gain, tune the squelch or something for the iPhone 7? It would help a lot. Make it go to 11. 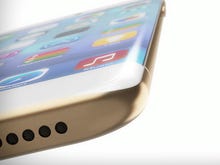 Since the early days of the iPhone 3, I'd read where you could perform a hack so that you could use voice control. I saw a demo of it. Supposedly that was going to be an iPhone 4 feature. It never materialized. It's still not a feature, even in my daughter's $600 iPhone 5C. In fact, other than a little bit better Siri, I haven't seen any improvements in the iPhone 5 or 5C over the iPhone 4. There must be a few more than what I've seen, but I can't seem to find them.

It would be nice to have handsfree, voice control on my phone—especially when driving. Fortunately, I have Bluetooth in my car and can pretty much use it handsfree, but it's still kind of painful to use anywhere else without fumbling around.

Voice recognition could also be a security feature. For example, you train the phone to listen to your voice only and then you say, "Lock Phone", "Unlock Phone", or "Secure Phone". To further secure your phone, once you lock it, it could display a simple word on the screen to say after you tell your phone to unlock.

That's a multifactor security measure. Voice recognition to lock and unlock the phone plus the next level of a code that changes each time you lock the phone.

As a side note, I gave my son (The Giant Ginger) my iPhone 4, when I got my iPhone 5. He needed it. His iPhone 3GS' screen looked like a broken eggshell. He now complains of lockups, crashing apps, and battery life problems on my beloved iPhone 4.

As a side, side note, neither he nor my oldest son (College student and owner of an iPhone 4S) want anymore Apple iPhones. Both are looking into getting something else. I hate to tell them that the alternatives are pretty lame too. I've never had good experiences with an Android phone and my Windows phone is...well, a Windows phone. It's gigantic, heavy and I hate it. So, my choices are really almost non-existent.

I've written about a panic button before and several people have contacted me about their panic button type products—some of which are cool and some are just OK. The latest one that I've looked at is the Pressy Button, but it only works on a limited number of Android devices—consequently none that I have. A panic button would allow users to quickly dial an emergency number with a single press and hold feature. That way it can't be accidentally engaged.

I've also heard that the new iPhone and maybe some Android models are going to feature fingerprint scan security. It would be nice, but I'll believe it when I see it. Fingerprint scanning isn't totally foolproof and you can think up your own scenarios as to why it would fail, but it certainly is better than a 4-digit passcode.

How handy would it be to snap a picture of a document and then be able to edit that document a few seconds after you snap the picture of it? Take a picture, edit, send. Very simple, yet I'm unaware that it's been done. I'm sure that someone will tell me that they've developed an app for that, but I haven't seen it and I've searched the App Store for one.

Got Bluetooth? As in Bluetooth headset. You get within a few feet of your phone and it unlocks for you. Too easy for a thief with your headset? Then couple that proximity lock/unlock feature with a voice command keyword as described earlier. Voila!

I know that there's remote lockout and remote wipe, if you connect to icloud.com, find your phone, and then issue the command. But what if you could "brick" the device after a defined number of unsuccessful login attempts or a panic URL such as: http://icloud.com/khess/doghouse/brick. If you've read the other ideas, you'll understand the logic here. To retrieve a system out of brick mode would require a trip the Apple store or perhaps an unlock URL: http://icloud.com/khess/supernatant/unbrick. The code word "supernatant" would be one that you setup during your phone's initialization. Of course you could change it on demand as well.

And you're probably thinking that someone could unbrick the device by brute forcing the website, but you'd have to know the person's username and the secret word, which could be anything. By that time, you could hit the icloud.com site and remote wipe it or lock it in the usual way.

There you have my ten fixes for the iPhone 7. Sadly, it's too late for the iPhone 6, which I'll never have. Probably the only person in my house that would buy one, if anyone does, is my wife who has an "outdated" iPhone 4S. When my iPhone 5 becomes outdated in another nine months, I don't know what kind of phone I'll get for my personal phone. I'm not too happy with any of the available choices. The only phone I was ever really happy with was my Blackberry. The iPhone 4 ran a very close second.

*By "impressive", I mean totally not impressive.
**Not improved
***Not convenient (Are you seeing a pattern here?)