This special report from ZDNet and TechRepublic details how 5G will drive the digital transformation of business processes.
Written by Melanie Wachsman, Editor on Feb. 3, 2020 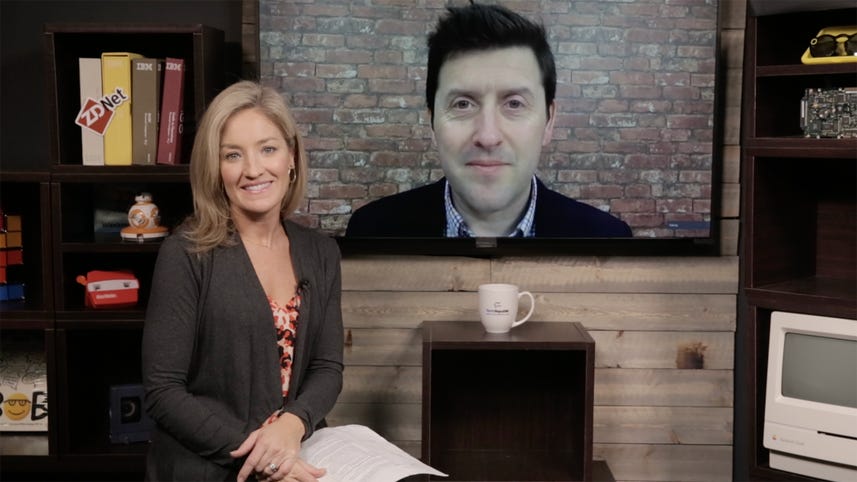 The transformative benefits of 5G are plentiful. But are businesses ready to embrace 5G? Will it accelerate their Internet of Things (IoT) implementations? This special report from ZDNet and TechRepublic explores 5G's -- current and future -- impact on IoT projects.

In "What is the IoT? Everything you need to know about the Internet of Things right now" ZDNet's Steve Ranger takes a deep dive into the nature of the IoT, and where it's going next.

The Internet of Things will involve an astounding amount of data -- and the next generation of wireless communications could play a key role. ZDNet Contributor Bob Violino describes how in his feature "How 5G can unlock IoT's potential."

In her feature, TechRepublic's Macy Bayern details five industries that will be affected by the combination of 5G and IoT, including automotive, supply chain, manufacturing, healthcare, and smart cities. TechRepublic's Veronica Combs takes a closer look into the relationship between IoT and healthcare in her article "Healthcare has many use cases for 5G and IoT but no infrastructure to support it. ZDNet contributor Charlie Osborne looks at 5G's impact in the manufacturing sector in her article "Will the smart factory benefit from 5G? Industry experts weigh in."

There are many use cases for 5G and connected cars. TechRepublic's Veronica Combs investigates this in her article "Autonomous vehicles need well-marked streets more than 5G." According to ZDNet's Charles McLellan, your next new car won't be self-driving, but it will be a mobile IoT device that senses its local environment and communicates with cloud-based platforms. Learn more in his feature "Connected cars: How 5G and IoT will affect the auto industry."

As 5G becomes more commonplace, CIO Jury members were polled to see what impact they believe it will have on IoT adoption in the enterprise. Read the results in "CIO Jury: 50% of panelists say 5G will speed adoption of IoT" by TechRepublic's Teena Maddox.

Also in this ebook, ZDNet's Daphne Leprince-Ringuet delves into "5G and IoT: How small businesses will make the most of the revolution." ZDNet Contributor Bob Violino reports on the security threats that abound for connected devices as carriers prepare for the next-generation of wireless mobile communications in his feature "Will 5G play a role in IoT security?"

More than 10 million hectares of bushland have been burnt during this year's fire season in Australia. And based on studies by Australian National University (ANU) researchers, the fires are only expected to worsen over time. ZDNet's Aimee Chanthadavong writes how remote sensors are helping fire managers in her feature "ANU develops vegetation monitoring system to help firefighters on the frontline"

To read all these articles, plus details on original research from TechRepublic Premium, download the free PDF ebook 5G: What it means for IoT?

Photo & Video
How to get Microsoft Office for free

Microsoft
How to make a QR code for free