ZDNet's Business Bargain Hunter scours the web for great deals on computers, phones, services, and much more. Prices and availability are accurate at the time deals are shared. Some products and services may not be available outside the US. Follow BBH on Facebook and Twitter, where he's known as The Cheapskate.

It's no wonder Amazon won the tablet wars. How could Apple possibly hope to compete with sub-$100 Fires when its lowest-cost iPad has a starting price of $399?

Granted, you might say these are, ahem, Apples and oranges. An entry-level Fire has nowhere near the horsepower of an iPad Mini. But does that mean it has no place in business?

Au contraire, mon frere. You can accomplish plenty with the $50 Fire 7 or, better, $80 Fire HD 8. (The latter has a larger, iPad Mini-size screen that runs at a higher resolution.) Let's take a look at some of the ways you can leverage these cheap tablets for productivity

Whether you're an IT admin who frequently needs to troubleshoot users' PCs or you just find yourself occasionally needing to retrieve a file you left behind, a Fire tablet makes it possible, You just need a remote-access app.

There are several to choose from; I recommend TeamViewer, which is free for Fire and a popular choice elsewhere. 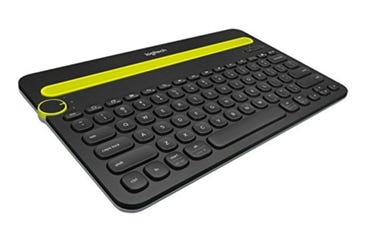 A 7- or 8-inch screen is not the place to work on big documents, but if you just need to, say, compose a longer-than-usual email or make a few changes to an existing document, there's nothing wrong with putting the Fire to work. Just pair it with a Bluetooth keyboard -- something like Logitech's K480, which was designed with mobile devices in mind, or a folding keyboard like this Battop model, which is compact enough to ride shotgun in any bag.

Assuming your phone is taking care of other business-critical tasks (like, say, allowing you to actually speak with clients), it's handy to have a separate device for processing credit cards. (The big screen comes in handy for customer signatures, too.)

However, I've learned that if you sideload those apps (or install the Google Play app on your Fire and then install the card-reader apps that way), you should have no trouble using the readers.

You can also try Flint, which bypasses the reader in favor of the camera, which is used to scan cards. Again, there's no app for it in the Amazon store, but see above.

Assuming you have an Amazon Prime subscription, your Fire tablet is the gateway to all manner of freebies -- including business-oriented books, audiobooks, and even magazines. (Alas, there's only one relevant title in the magazine rotation at the moment, but it's a good one: "The Economist.")

Run all the business apps

Nearly all the major business apps available for Android and iOS can be found in the Amazon Appstore -- and any that don't can likely be sideloaded.

So, for example, you can run Dropbox, Evernote, LinkedIn, OneNote, Outlook, QuickBooks, WordPress, and so on. Sure, you've got all these on your phone as well, but wouldn't it be handy to have a more spacious "second screen" for the likes of Evernote or QuickBooks?

If you do a lot of videoconferencing, you'll quickly see the advantages of having a dedicated device for that purpose. In a nutshell, it leaves your phone and/or laptop free for other things. Microsoft offers a Skype app for Amazon Fire tablets, and even the $50 Fire comes with a front-facing camera.

The hitch: It's VGA, meaning 640 x 480, meaning you won't look super-sharp at the other end. But is it good enough? It is, especially when you remember how much money you saved by not buying an iPad.