A Jefferies research notes cites an estimate that 62 percent of Amazon's deliveries flow through the USPS. If rates rise for Amazon costs are likely to go up for e-commerce overall as UPS and FedEx raise rates too.
Written by Larry Dignan on April 11, 2018 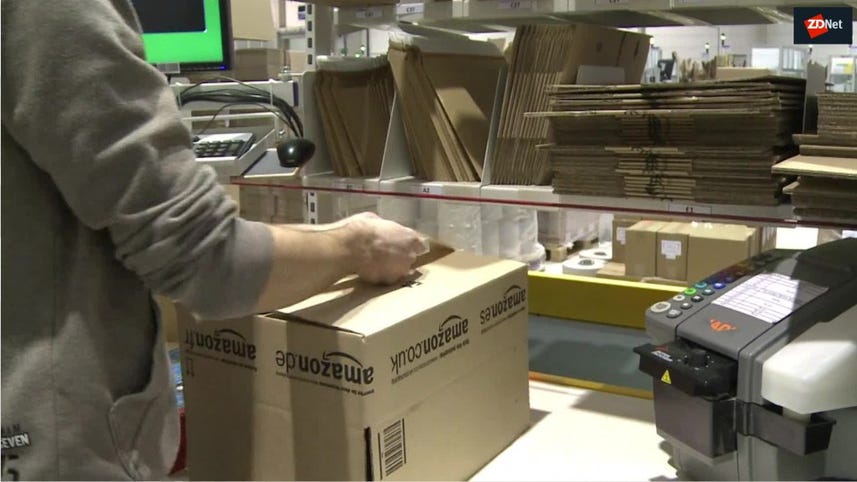 It is possible that 62 percent of Amazon's U.S. shipments flow through the U.S. Postal Service, according to an expert commissioned by Jefferies. If that estimate is anywhere near correct it highlights the stakes as President Trump takes on Amazon via Twitter.

The Amazon-Trump Twitter flare up revolves around a bevy of core issues, but roughly speaking here's the breakdown.

With those moving parts out of the way, the value in Jefferies note lies in how it plays out for Amazon's fulfillment costs in the future. In a research note, Jefferies analyst Brent Thill said that its expert expects that USPS will have to raise rates due to an aging fleet and infrastructure. In addition, there are capacity constraints at USPS.

From the research note:

An estimated ~62% of all AMZN packages in the US now flow through USPS. That creates a bigger headline risk for AMZN if the USPS were to raise rates. However, in that scenario, it is also expected UPS and FedEx would raise rates in lockstep, impacting the entire industry. The current split of AMZN package shipments (estimated at ~1.3B in 2017) is ~62% USPS / 21% UPS / 8% FedEx / 9% regional carriers. We note it is also estimated ~850M of these packages pass through AMZN's sortation network on their way to shoppers. For last mile, AMZN currently has limited alternatives (to the USPS) given UPS and FedEx are also struggling with capacity constraints and regional carriers are lacking in scale.

Now Amazon can't necessarily automate its way out of the capacity crunch. Amazon will still need human labor and can build more infrastructure in metro areas, but can't overtake the USPS infrastructure in place.

The upshot is that Amazon will continue to invest in fulfillment capacity and the last mile will increasingly be critical. But when USPS rates go up for Amazon they are likely to increase for omnichannel retailers overall. Amazon delivery service: Why Bezos is launching Shipping with Amazon

Rest assured that Amazon will be experimenting with drones, investing heavily and utilizing multiple options to solve for the last mile delivery.