A Tale of Two Betas (almost)

I don't often write about pre-release versions of Linux distributions any more - I did for a while, but the amount of negative feedback I got compared to the benefit I felt it was providing became too great. I've decided to make an exception this time, though, because there are two particularly interesting new releases coming up - Ubuntu 11.
Written by J.A. Watson, Contributor on Sept. 26, 2011

I don't often write about pre-release versions of Linux distributions any more - I did for a while, but the amount of negative feedback I got compared to the benefit I felt it was providing became too great. I've decided to make an exception this time, though, because there are two particularly interesting new releases coming up - Ubuntu 11.10 Oneiric Ocelot, and openSuSE 12.1. I was thinking that I would have the added incentive of both Beta releases coming out on the same day, but openSuSE decided to push theirs back because they are still working on some difficult conversions to systemd, so I just downloaded Daily Build 301 instead of the actual Beta release. They say that the final release date (10 Nov) will not be changed as a result of this delay, though. The screen shot below was made on my HP dm1-3105ez, after installing Ubuntu 11.10 Beta-2.

Since it is due out first (13 Oct), I will look briefly at Ubuntu 11.10 first. Despite the fact that I don't like the Unity desktop (still, and just as strongly as ever), I have to say that the new release is looking like a big improvement. 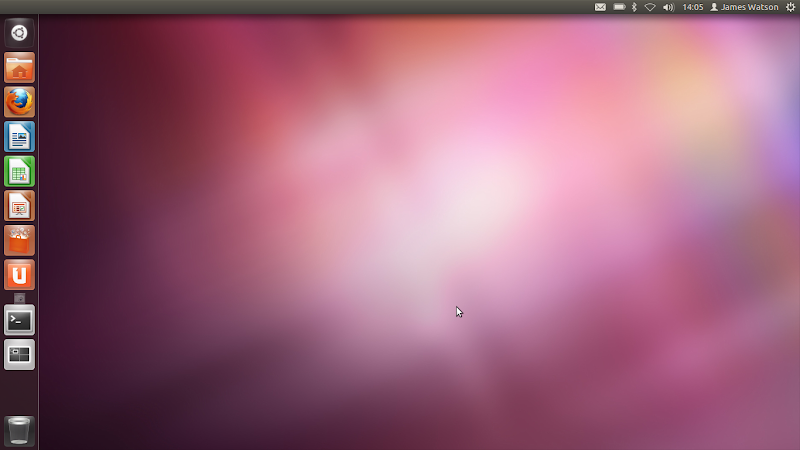 I will just hit a few of the high points (in my opinion) here. First, it installs without problem and with "fallback" to the "Classic" desktop on everything that I have tried so far. That includes all of my netbooks except the HP 2133 Mini-Note, and at least one or two of those would not work properly with Unity in the 11.04 release. Second, the "Dash" button has been moved down from being integrated in the top panel to being the top button in the bar at the left of the screen. I find this to be much more logical in both places - it makes more sense to me to have something as potentially important and often-used as the Dash at the top of the lest, instead of lurking near the bottom as it was before; and, if you are really using the "integrated panel" or whatever Ubuntu calls it, where the application menu bar is integrated in the top panel of the display, then this is more consistent because the Window controls are still at the extreme left end of the panel, as they are when they are shown in the window title bar. Of course, the Ubuntu Beta is running pretty much the latest available versions of everything in it, such as the Linux kernel 3.0, X.org server 1.10.4, Firefox 7.0 Beta, Libre Office 3.4.3, and so on. For me, the fact that it is running the 3.0 kernel means that it has the latest Ralink WiFi drivers included, so it recognizes and works with the Ralink 5390 WiFi adapter in my HP dm1 netbook. Honestly, the only thing I can complain about so far with this Ubuntu Beta is that it still does not work properly with the Synaptics ClickPad touchpad in the HP (although it works just fine with the older ClickPad in my Lenovo S10-3s - go figure).

The other pre-release (not quite beta), openSuSE 12.1 Build 301, looks just about as good. Well, better in one important way, since it has a standard KDE desktop rather than Unity... 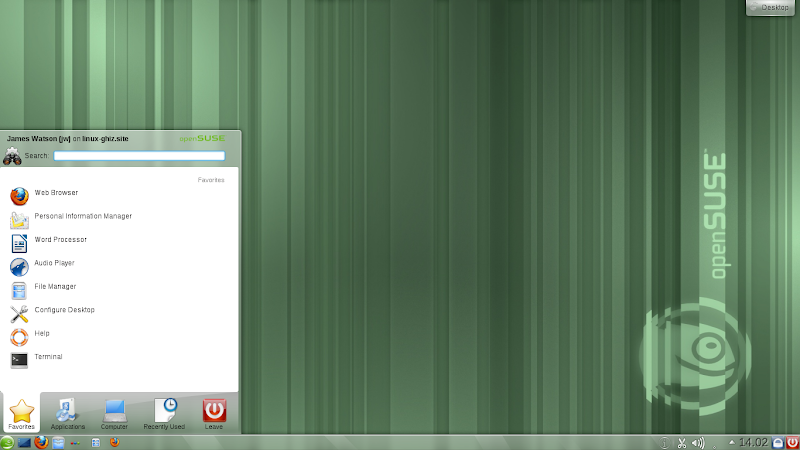 As is always the case, the openSuSE developers have been taking their time with this new version. I have downloaded daily builds of it from time to time since the Milestone 1 release, and it has been getting noticeably better and better each time I look. The desktop itself is not much to look at - well, the KDE "cashew" has changed into a sort of a button, and the default Plasma desktop workspace has been remove - lots of nice things have been happening under the covers. It too has Linux kernel 3.0, which means that it too works with the Ralink WiFi adapter in my HP netbook. Unfortunately it too does NOT work properly with the ClickPad in the HP, which I find sort of baffling because openSuSE 11.4 is STILL the only distribution I know of which works exactly right with the ClickPad. I keep hoping that this will get straightened out in the next daily build... openSuSE is also pretty much up to date with the latest packages, although not as extreme as Oneiric; it has Firefox 6.0.2 and LibreOffice 3.4.2, for example. But I did notice one package that I am particularly interesed in, digiKam should be version 2.0! I say "should be" because it is not actually installed in the daily build, but when I checked it in the package manager it listed version 2.0, so I am very anxious to download that and give it a try. Otherwise, in terms of system and hardware compatibility I have also installed it on all of my netbooks and laptops and it seems to work ok.

Please note that I am not suggesting or encouraging anyone to actually try using either of these pre-release distributions right now. They are both still in development, and they are clearly marked by their distributors as not being ready for production use. The point here is they are both looking very good already, which is very encouraging for their final releases.

Brave browser: The bad and the ugly