A young Stanford graduate tried to teach me about life. It didn’t go well

Stanford has emitted many of the most successful tech founders. Yet almost five hours spent with this Stanford graduate made me wonder about the role of technology in our future and who we will become.
Written by Chris Matyszczyk, Contributing Writer on Sept. 19, 2020 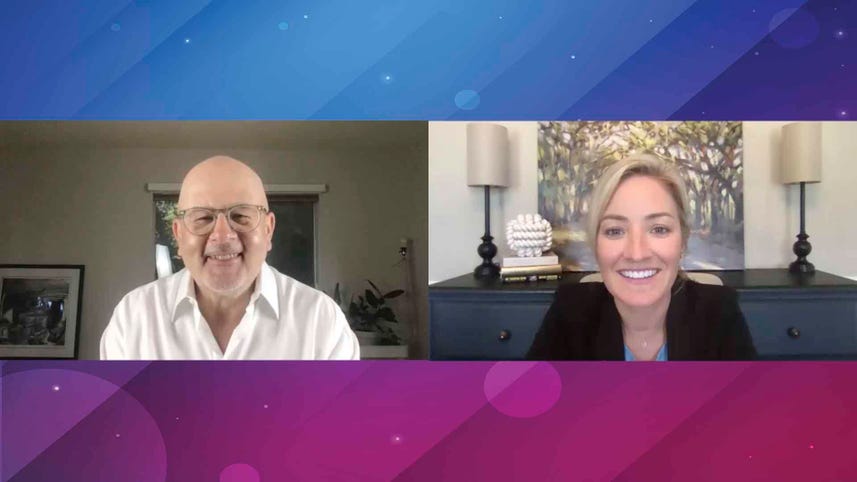 We all need respite, especially now.

We need to occasionally get away from our screens, from working in our homes. We need to see something green and breathe in the strange appearance of unusually fresh air.

To achieve this, I sometimes go and play golf. Its slow rhythms and composed decency (most of the time) bring relaxation.

You never know, though, who you'll end up playing with. At my local public course, I've met some delightful people. Flight attendants, firefighters, retired flutists, grave diggers, and even nice people who work in tech.

Recently, however, I was put with a group of three men. They all knew each other. One was younger. The other two had clearly seen many things in life and enjoyed them.

Everything Starts With An App.

We wafted down the first fairway and the younger man seemed to be taking his time, despite riding in a cart. I looked back and he was standing in the rough, staring at his phone.

This wasn't a good time to be texting, I thought.

One of his companions explained what was actually happening: "He's very analytical."

What? To hit the ball?

Some people do use apps to check how far they have to the hole. At this course, however, the carts have GPS. They tell you.

This didn't seem enough for our analytical player. He needed more data before deciding what shot to hit.

This app-happy rigmarole continued on every hole. Before every shot.

After a few holes, I was tempted to tease: "Does that thing tell you how to swing it?"

"No," he replied. "But it gives me all the data I need about the hole."

There's little worse than data starvation. One of his companions subtly smiled. He told me, however: "He's very successful. He went to Stanford Business School."

Stanford has been the finishing school for so many in tech. After seeing some of the deficiencies in the way many of its tech CEOs have affected human life, the school finally instituted the teaching of ethics.

Still, Stanford types generally think themselves the creators of tomorrow and the knowers of far more than anyone else.

Would golf -- if it still exists in 10 years -- really involve staring at your phone for far too long before even daring to hit the ball?

I wondered, at first, whether this Stanford genius was a stellar golfer. Perhaps he'd been on the college golf team. Perhaps that was why he was so dedicated to analysis. It didn't seem as if he was an expert.

"He's been playing for seven months," one of his companions told me.

Wouldn't it have been better to just concentrate on trying to hit the ball, rather than bathe in data about the course's undulations and quirks?

Please, I'm not suggesting this was a horrible human being. He understood humor and wasn't (entirely) self-absorbed.

He was, though, blessed with a certain certainty.

What was disturbing, therefore, was that he thought his app-forward behavior was natural. Normal, even.

Yes, he was mishitting and spraying the ball all over the course, but his commitment to his app didn't waver. The app couldn't be wrong. He simply had to be better.

He would take his time before every shot. His deliberations were extensive. He couldn't trust his own eyes and bodily coordination before asking the app what it thought.

In the latter stages of this round, it became a touch much. I and one of his companions would hit our shots and then wait on every hole for him and the companion with whom he was riding.

We got to the 16th tee. He was staring down at his phone, analyzing his strategy, and I said to him: "Don't you sometimes prefer human life to digital life?"

Without raising his head, he replied with consummate definitiveness and without hesitation: "They're one and the same thing."

And there was my lesson. How could I have missed it? I'm such a fool.

If you want to enjoy anything these days, if you want to be good at anything, you have to allow machines to be your guide. Human learning is governed by machine learning.

You shouldn't question what they tell you. You shouldn't rely on your vision and judgment. You should have faith that the machines will tell you what you need to know because some fine developer has programmed them brilliantly.

This is the apparent thought-process that's creating the modern world. This is what we must live by.

First, create the machine for every part of human life. Then, make sure everyone obeys the essence of its thinking.

Yes, professional sports have been overwhelmed with the invasion of data types. Soccer and baseball have been especially blessed with graduates of fancy schools telling the talented how they should play and even where they should stand on the field. (I do, though, like the idea of robot umpires.)

But we were just four ordinary people trying to have nice time. Did it really have to be invaded by this much technology?

As I bid my three playing partners goodbye -- the round had taken almost five hours -- I couldn't help but wonder: "Would he have played better without the app?"

And then: "Would he have enjoyed himself more that way?"

I fear the answer to the first question was perhaps.

The answer to the second question was surely no.