If you want an invite to Aardvark, click here. 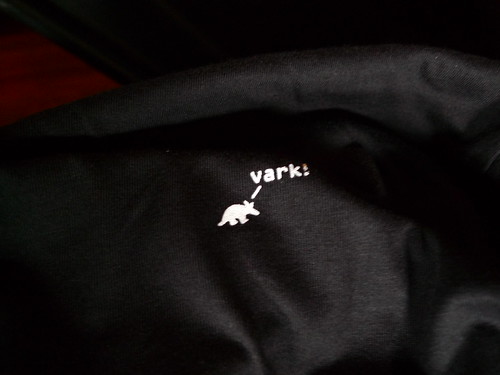 San-Francisco startup Mechanical Zoo is trying to build the ultimate interactive knowledge base. And it's kind of addicting. Once you get started, you will not want to stop. 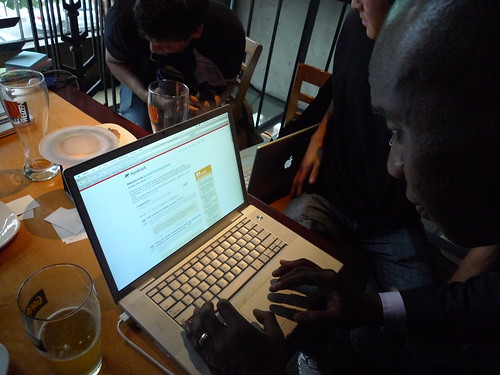 To use Aardvark, simply ask it a question. You can interact with it in so many ways too: web, IM, email, you name it. You can even ask questions via Twitter.

I just asked it a question:

Everyone's an expert at something, right? Here are my specialties so far:

When you start interacting with Aardvark, it passes the ball right back to you. Moments later I got this:

It went pretty well from there:

I like Aardvark because it's intuitive, and it doesn't interfere with your day. Sometimes it will IM you during the day, but you can just ignore it, or type "pass".

Aardvark scans through my query for keywords and then matches it to their database of people. When you join the site for the first time, the site tries to get to know you, asking what your specialties are.

When you invite a friend, you can even suggest topics that your friend knows about.

You can now search for topics on the site itself:

I think Aardvark has the best implementation of Facebook Connect so far. It doesn't try to match you up with strangers either. Once it connects with Facebook, it matches you up with friends of friends, or people that are only a few degrees separated from you.

It even suggests friends that you should invite to Aardvark, then sets you up with a message to them: 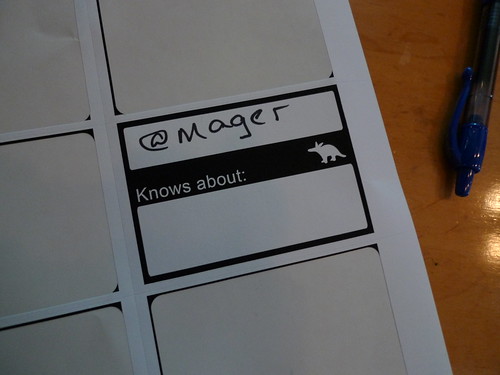 Tons of people showed up, you couldn't even move around.

And they unveiled a new iPhone app. I searched for it this morning, but couldn't find it. But here is a sneak peek of what it will look like: 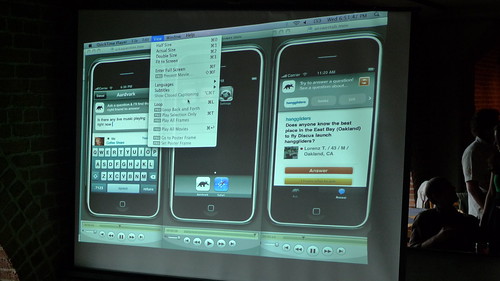 I see a lot of promise for Aardvark. I think people will be using social media more and more to ask questions and get answers. Jason Calacanis has the right idea with his new @questions and @answers accounts on Twitter. As we teach the machine, it will become more and more automated, and also a little scary.

Click here for an invite to Aardvark, and please tell me what you think of it in the comments.