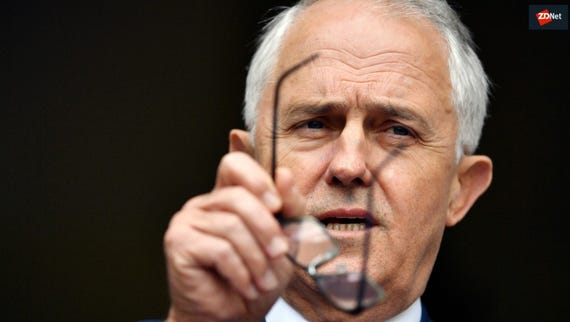 When the day comes for NBN to be privatised, as originally planned by Kevin Rudd and Stephen Conroy at its inception, the Australian Competition and Consumer Commission (ACCC) is of the belief that it should be done in a way that maximises competition, rather than being focused on the largest sell-off price.

"Privatisation of the NBN will provide a unique opportunity to put in place a market structure with the potential to deliver effective infrastructure-based competition, such as through the horizontal disaggregation of NBN Co by different network technologies or areas of coverage," the ACCC wrote in its communications sector market study final report released on Thursday.

"The disaggregated parts would need to be able to contest each other's customer base. In our view, this form of infrastructure-based competition would encourage ongoing investment in network upgrades and deliver price benefits and improved services to consumers over time."

The ACCC recommended that the government continue planning for disaggregation, and that the issue be part of a future Productivity Commission inquiry into the NBN. The commission also expressed concern that if processes for separation are not put in place early, it could be used a reason to sell NBN holus-bolus.

"We understand that NBN Co has introduced separate accounts for the different lines of its business, which it provides to the government. In addition, we understand a report was commissioned by NBN Co on OSS and BSS separation and provided to the government, but neither the report itself nor its findings have been released publicly," the report said.

The ACCC has promoted the eventual separation of NBN for some time, with ACCC chairman Rod Sims stating in late 2014 that NBN should be split into three different businesses, a number that was echoed by Infrastructure Australia in early 2016.

"NBN Co could be split along technology lines: One company selling services over the hybrid fibre-coaxial cable networks (technology developed by the cable television industry), one over fibre-to-the-premises or fibre-to-the-node networks, and others through the satellite and wireless networks," an IA report said at the time.

In early 2014, the Vertigan panel recommended disaggregation, claiming that competition would be boosted through the use of existing assets.

"It would prevent assets consumers have paid for (including the copper in HFC areas) from being prematurely scrapped, instead harnessing those assets for the benefit of end users. Over time, this approach should reduce financial risks to taxpayers, facilitate a transition to private funding and improve the chance of efficient and timely network deployment," the panel said.

The existing hybrid fibre-coaxial (HFC) network has subsequently had a pause on connecting new customers to it since November last year, while the HFC network previously owned by Optus has been mostly junked in favour of fibre to the distribution point.

At any rate, when the Vertigan panel put forward the idea of disaggregation, it was immediately kiboshed by Malcolm Turnbull.

"While disaggregation of NBN Co's business units (as the panel recommends) after the network is complete cannot be ruled out, now is not the time," the now-prime minister said in a statement made alongside the Vertigan report. "Breaking up NBN Co would distract its management, and delay the provision of high-speed broadband to all Australians."

Elsewhere in its report, the ACCC questioned whether customers would be willing to pay more for improved data speeds, and the impact it could have on NBN's financials.

"The multiple and complex objectives that NBN Co has been tasked with achieving make full cost recovery a potentially difficult proposition," the report said. "In the medium term, it remains to be seen how the broadband speed claims and monitoring measures and NBN Co's longer-term pricing initiatives will help to improve NBN Co's commercial viability.

"While recognising that NBN Co does have a degree of flexibility to lower its prices, there may ultimately be a need for pricing relief measures to be taken by the government, such as debt payment concessions or direct Budget funding of non-commercial services, to better promote the efficient use of the network and the long-term interests of end users."

The long-term leadership of NBN is now up in the air, with CEO Bill Morrow announcing earlier this week that he would leave the company by the end of the year.

"Given we still have nine more months together, I kindly ask for your ongoing support in three areas: 1) improving the customer experience for those touch points we control; 2) advancing the build of a high-quality network; and 3) finding ways to keep our costs down so we can keep our services affordable for everyone," Morrow told NBN staff in an email.

The ACCC also repeated its recommendation that non-commercial NBN services be funded directly from the federal Budget.

The NT government has repeated arguments that Sky Muster cannot meet the broadband needs of rural Australians, with Viasat pointing out options to improve the service, while Aussie Broadband again called for a halt to the fixed-wireless network until congestion is fixed and Vodafone asked for spectrum sharing.

The consumer watchdog has found that NBN speeds are now only 'marginally' dropping off during peak periods, with telcos delivering between 80 and 90 percent of maximum speeds at all times.

Consumer complaints to the ACCC about both NBN services and major retail mobile and fixed network providers rose during 2016-17.

Bill Morrow will be leaving the role of NBN CEO by the end of 2018, the company has announced.

APNIC and CloudFlare announced the free 1.1.1.1 DNS resolver service, which is intended as a drop-in replacement to protect your privacy from providers.