Technology and cloud giant Accenture has confirmed it inadvertently left a massive store of private data across four unsecured cloud servers, exposing highly sensitive passwords and secret decryption keys that could have inflicted considerable damage on the company and its customers.

The servers, hosted on Amazon's S3 storage service, contained hundreds of gigabytes of data for the company's enterprise cloud offering, which the company claims provides support to the majority of the Fortune 100.

The data could be downloaded without a password by anyone who knew the servers' web addresses.

Chris Vickery, director of cyber risk research at security firm UpGuard, found the data and privately told Accenture of the exposure in mid-September. The four servers were quietly secured the next day.

According to Vickery, the four servers contained data that amounted to the "keys to the kingdom," he told ZDNet on a call last week.

Each server contained a range of different types of credentials, including private signing keys that could be used to impersonate the company, and passwords -- some of which were stored in plaintext.

Kenneth White, a security expert, said the exposure of master keys is as "bad as it gets for a cloud service provider."

"Whatever assets and infrastructure was being protected by this KMS master key must be assumed to be completely compromised," said White.

One of the other servers contained a folder that stored keys and certificates that could be used to decrypt traffic between Accenture and its customers as it traveled across the internet. Vickery said he also found credentials that appear to relate to Accenture's access to Google's Cloud Platform and Microsoft's Azure, which could give an attacker further access to the company's cloud assets, as well as virtual private network keys, which could have allowed an attacker to access Accenture's internal corporate network.

According to Vickery, the largest server contained over 137 gigabytes of data, which included large databases of credentials, some of which appeared to relate directly to Accenture customers. Vickery also found almost 40,000 passwords in one backup database -- the vast majority were stored in plaintext.

When ZDNet first reached out to Accenture, the company downplayed the exposure, saying the data was less than half a percent of its cloud service, and that "none of our client's information was involved and there was no risk to any of our clients," citing the company's "multi-layered security model."

When we challenged that assertion based on the information Vickery had seen, a spokesperson later said that an investigation was ongoing.

"We closed the exposure when the Amazon Web Services S3 issue was first reported. As we continue our forensic review we may learn more but, the email and password information in the database is more than two and a half years old and for Accenture users of a decommissioned system," the spokesperson said.

Accenture isn't the first company to be stung by this kind of data exposure. In recent months, a spate of high-profile companies, including phone companies and voter records analytics firms, have exposed sensitive data because they allowed their Amazon cloud servers to sit open and unsecured.

Vickery said that Accenture was likely using the Amazon servers to migrate data from development to production. While some of the data he found included test accounts, he said many of the credentials "would have led me to plenty of client data if I had been willing to take advantage of it."

There was no way to know for sure as doing so would fall foul of US computer hacking laws, he said. 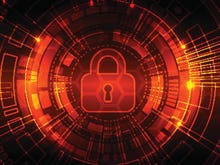 The company's new cyber-risk platform addresses a lack of accountability when it comes to third party vendor relationships.

"But if I have credentials for their production environments, it's pretty safe to say anyone using Accenture's Cloud Platform was at great risk," Vickery told ZDNet.

UpGuard's Dan O'Sullivan, who blogged about the data discovery, said hackers could have done an "untold amount of financial damage" to Accenture and any of its cloud-using customers.

We asked if anyone else had accessed the servers, the spokesperson said its logs showed access "by only a single non-authorized IP address which we traced back to a data security consultant who contacted us about about two weeks ago," referring to Vickery.

We reached out to several companies whose credentials appeared in the data.

None of the companies would speak on the record prior to publication. But one company said when they contacted Accenture, the company told them it was "not aware" of any breach or exposure.

When asked, a spokesperson would not say if any Accenture customers had been informed of the data exposure.