I’ve spent a couple of days with a European generic sample of Acer’s upcoming TravelMate Timeline 1820p, and I have to say I’m quite keen to get my hands on a final UK build.

The notebook sports an 11.6in. display and, unlike the versions of the 1820 currently at the Acer web site, it will run a more business-appropriate operating system than Windows 7 Home Premium. 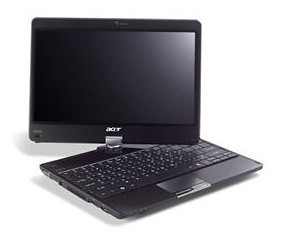 My sample came in a rather nice deep blue, which I hope will be replicated in final units. More importantly, though, it's a convertible Tablet PC. Its screen is finger-touch responsive, and it incorporates a feature I’ve not seen in a Tablet PC before: a seriously touch-friendly alternative to Windows that Acer is calling the TouchPortal. 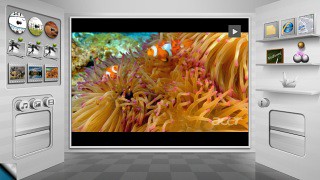 You get to this the TouchPortal by tapping a tab on the top right corner of the screen, and out of it by tapping at the bottom left. It offers you access to a range of multimedia elements which might seem more at home in a consumer notebook than a business-focused one. I hope the TouchPortal might be tweaked for the business focused version of this notebook so that you could, for example, run presentations from it, or view and create emails.

Still, as it stands, the dragging of elements to a central viewing screen, and from there making them full screen, works well as does the support for multitouch for pinch-to-zoom and rotation of images.

The only real problem was that I found the screen got very greasy very quickly. It is a perennial problem with touchscreens, but it can become a real issue.

That notwithstanding, I am waiting eagerly to see the final UK version of this notebook in January.