At a July meeting in Nairobi, the 47 countries of sub-Saharan Africa agreed to harmonise their spectrum use ahead of rolling out digital television across the continent.

While it's good news for the region's entertainment industry, it also creates a fortunate by-product: pushing digital TV channels into the lower part of the UHF spectrum frees up the 700MHz and 800MHz bands for mobile including the further development of high-speed services including 4G LTE. The long-term effects of the so-called 'digital dividend' are likely to be more important to Africa's technological development than digital TV itself. 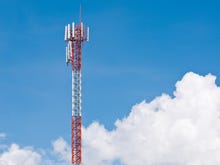 Sub-Saharan African countries club together to speed up mobile rollouts, smooth spectrum use

"It has tremendous economic and social impact," said Hai Pham, head of the Broadcasting Services Division at the International Telecommunications Union (ITU).

"In the analogue you have an auto-route with five lanes, for example, each lane carrying one TV program. In digital, because of digital compression, one lane now can carry 20 programs. So you don't need the five lanes anymore. You might just have two lanes. That's why we have the other lanes left now for new services.

"It's a win-win situation. You get more TV at better quality, and cheaper to operate, and then you have this opportunity to introduce new services. And I think we all know the impact of internet, especially in developing countries."

Frequency coordination between the countries will pave the way for implementation of a World Radiocommunication Conference 2012 decision to make the digital dividend available to mobile services by 2020. "This objective was reached by re-planning the spectrum requirements of television broadcasting in the 470-694MHz frequency band," the director of ITU's radiocommunication bureau, François Rancy, said in statement earlier this month.

Aside from Europe and North America, most regions are still in the early stages of switching to digital, according to Pham. But even in the West the digital dividend spectrum has not been widely used for internet services, primarily, he says, because it has been more difficult to free up the higher bands.

"In the 700MHz band now [European countries] already have plenty of digital TV stations. It's very difficult to move that. In Europe it's a big challenge, and they're still discussing it," Pham said. This puts Africa in a unique position. "Luckily with Africa, the TV penetration is not that high, so it's an easier job to clear the 700MHz and 800MHz," he said.

The needs of mobile customers in Africa are also different from those of Europeans, according to Danson Njue, an analyst with the researchers Informa Telecoms and Media. Although mobile data is used around the world, he said: "In Africa, there is a greater proportion of mobile internet users due to poor coverage from fixed networks, and also services on mobile networks are less expensive for the consumer."

If mobile data is less expensive now, making use of the new frequency bands could make it cheaper still. 700MHz and 800MHz are what Pham calls the "beachfront frequency spectrum", offering an ideal combination of good propogation (how far the wave travels) and high data-capacity.

"It will enable the operator to set up broadband wireless that is less costly, because the higher frequency you go, you need a lot more base stations," he said. Signals in the new frequencies can also travel farther than the higher bands currently being used, meaning that "for broadband wireless in the rural areas it would be perfect".

This part of the frequency band is already being used to bring broadband to parts of rural Germany, the ITU's Pham said. In Africa, where many countries struggle with internet connectivity outside of major towns, the effect on internet penetration promises to be significant. And not only will it be cheaper, it will also be better, Informa's Njue said: "It is a low frequency which means it can penetrate walls better than higher frequencies, hence it can achieve better indoor coverage."

One service that is almost certain to benefit is 4G LTE networks which, Njue said, have been delayed so far in Africa by a lack of spectrum. But as across the continent "the demand for high speed data services is ever increasing, hence the need for networks that can offer that. 4G LTE is one such network".

Although 4G has already been introduced in some countries, freeing up the spectrum will likely accelerate the development of both new and existing networks.

For service providers in a position to purchase the free spectrum, says Pham, the digital switchover offers cross-border opportunities as well. "One of the great things that the 47 countries have done is to have a harmonised frequency band, which makes it easy for an operator to introduce and Africa-wide network," he said. "It's an attractive proposal for them."

But although the diplomatic legwork has already been done, the digital switchover could still prove to be a challenge. Each of the 47 countries still has to put its own legislative framework in place, and investment will be needed to build out the new mobile networks.

Plus, the ITU's Pham highlighted, digital TV requires each customer to buy a digital converter box, which could be a hard sell in low-income countries. Some governments may choose to subsidize the product, he says, but all will have to put considerable effort into marketing the move to the public.

Still, most experts agree that Africa is well on track to meet the 2020 deadline. And given the changes mobile internet has already brought to Africa and the possibilities for expansion, the next decade promises big things for the continent. "I think it's an exciting time," Pham said.