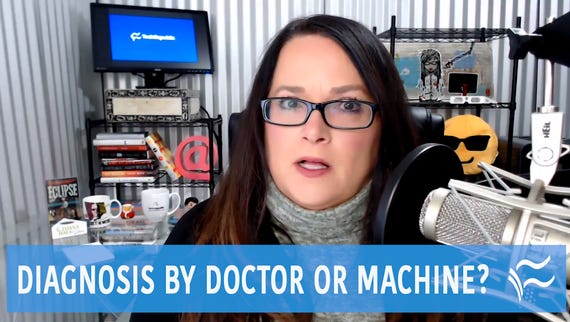 At might be expected in a field still thick with the influence of academics, there was a healthy amount of skepticism and myth busting at this week's O'Reilly Artificial Intelligence (AI) conference in New York.

Among the favorite targets:

Indeed, much of the discussion centered on ways that AI -- like much technology before it -- will serve to help humans rather than replace them. This included some impressive advancements in the field of medicine such as in aiding diagnoses.

Suchi Saria, a professor at Johns Hopkins University's Whiting School of Engineering and Bloomberg School of Public Health, discussed a study she led in which machine learning was able to improve early diagnosis of sepsis. The 11th leading cause of death in the US, sepsis kills more than a quarter million people in the US each year, more than those who die from prostate cancer, breast cancer, and AIDS combined. It is treatable, but only if it is detected early enough. In fact, according to Saria, the odds of survival decline seven to eight percent for every hour the disease is untreated.

However, by using machine learning to quickly analyze clinical test data, Saria's team was able to diagnose sepsis in two-thirds of cases, That represented a 60 percent improvement over usage without the computational assistance. The system was also able to recommend treatment options.

Recommending treatment was also featured in another presentation that highlighted CancerLinQ, a not-for-profit subsidiary of the American Society of Clinical Oncologists. CancerLinQ shared clinical data from a global population to help doctors choose the best course of therapy for their cancer patients.

While a great example of how data and machine learning can help professionals today, others -- like veteran venture capitalist Vinod Khosla -- believes that artificial intelligence will one day replace oncologists entirely.

Indeed, the panel that included the CancerLinQ discussion was part of a broader -- and unsurprisingly inconclusive -- discussion that examined the dynamics of AI replacing workers. While it flirted with veering into socioeconomic wonkery, the resigned upshot was that we need the productivity increases that AI will bring, that it will reduce -- although likely not eliminate -- the instances of many jobs, and that for many more fields -- such as law -- it will reduce or eliminate much the drudgery of research associated with the profession.

For those wanting to maximize their chances of not being displaced by AI, speakers offered that one of the best courses of action is to become data-literate. Savvy marketers, for example, may not be data scientists, but they know how to have a deep and targeted dialogue with them in order to better understand outcomes. And, thanks to AI, more of us may be around longer to justify the investment in time.

Join Discussion for: Why AI may save your life