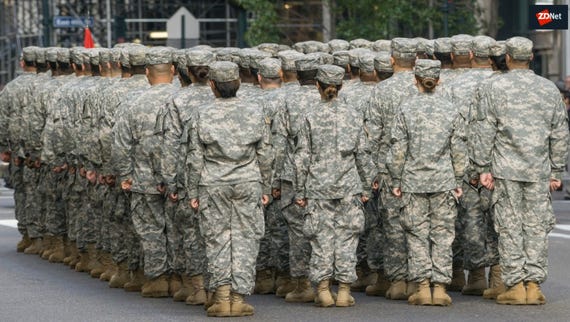 Businesses have entered the most rapid period of technological change in history, and artificial intelligence (AI) is on the cusp of revolutionizing the entire workforce, Ginni Rometty, chairman, president, and CEO of IBM, said in a keynote address at the 2018 Gartner Symposium/IT Expo in Orlando on Tuesday.

"The pace is unabated," Rometty said. "You have to change the way you work, because this isn't going to stop."

IBM's work with Watson in particular "starts with a fundamental belief that it's going to change 100% of jobs, 100% of industries, and 100% of professions," Rometty said. "We try to focus on AI for business. It's different than consumer AI."

SEE: IT leader's guide to the future of artificial intelligence (Tech Pro Research) | The AI, machine learning, and data science conundrum: Who will manage the algorithms? | IBM launches tools to detect AI fairness, bias and open sources some code

IBM has particularly learned this through Watson's work in healthcare she added. Doctors see patients for only a short period of the day. Giving them more technology won't be useful, she said--instead, you have to change their workflow.

Another major AI implementation issue to grapple with is trust, Rometty added. Companies must use AI in a way that is explainable and free from bias.

The world is increasingly pairing man and machine, "and people feel better about doing their job," Rometty said.

Rometty laid out the following three principles that guide IBM's work with AI:

1. The purpose of these new technologies is to augment man. "We are the builders," Rometty said. "Is it to help make us better?" For example, she added, quantum computing can do great things, but it can also break most traditional encryption codes. Therefore, IBM is building new cryptography that quantum cannot break.

2. Data belongs to its owner and creator. "It's yours, and our business model won't conflict with yours--you own those algorithms and insights," Rometty said.

3. New technologies need to be explainable. This will both help avoid bias, and keep them from being frightening to people, Rometty said.

"We have to usher these technologies into the world," Rometty said. "They will change 100% of jobs, and that is a scary thing ... They will replace some number of jobs, but not all jobs."

When it comes to the cloud, IBM found that the low-hanging 15-20% of business cloud deployments--namely, the Infrastructure as a Service (IaaS)--is over, Rometty said. The 80% difficult parts are in front of us now, she added.

IBM's clients have an average of six cloud deployments, and 1,000 aps, Rometty said. The IBM Multi Cloud Manager, announced on Monday, allows organizations to deploy apps to any cloud, whether public or private or multiple.

IBM's own digital transformation demonstrates how large old companies can pivot to new industries. However, Rometty said her biggest mistake in her first two years on the job was to push the company to move faster and faster to keep up with the market, she said. "If you just saw 'faster, faster,' you exhaust people," she said. "It's leadership's job to change how work is done, and that led us down a very different journey of work."

IBM began implementing design thinking, and now has a team of 15,000 designers to ensure every product is use-based from the start. Then the company moved to agile, which involves producing minimum viable products, multi-disciplinary teams, colocation, and more open office spaces, Rometty said.

Ultimately, when it comes to digital transformation, "data will be what makes the difference between winners and losers," Rometty said.

Only 20% of the world's data is searchable, Rometty said. "If [companies] can do something with it, they could learn faster than other people, change all their processes, and be the incumbent disruptor," she added.