Rometty was planning to give a talk at the World Economic Forum in Davos to introduce foundational principles around deploying artificial intelligence technologies.

She's not alone. MIT, Harvard, and LinkedIn's Reid Hoffman, among others, joined together for a $27 million fund to ponder the implications of AI. The Obama Administration recently issued a report on AI's impact on jobs, and entities such as Carnegie Mellon, a non-profit backed by tech giants, and IEEE have also sounded off.

As for Rometty's talk, the aim was to steer a discussion on responsible AI deployment. In her talk, Rometty noted in prepared remarks:

Commonly referred to as artificial intelligence, this new generation of technology and the cognitive systems it helps power will soon touch every facet of work and life -- with the potential to radically transform them for the better...As with every prior world-changing technology, this technology carries major implications. Many of the questions it raises are unanswerable today and will require time, research, and open discussion to answer.

In the meantime, Rometty laid out three core principles including:

Rometty's principles are broad, yet may prove difficult to follow. IBM can be transparent about its AI training and data use, but the broader industry as well as companies and governments may not. Nevertheless, the AI discussion is going to have to continue because nailing down real answers may take awhile.

IBM Watson could soon help you drive and speak to your BMW: 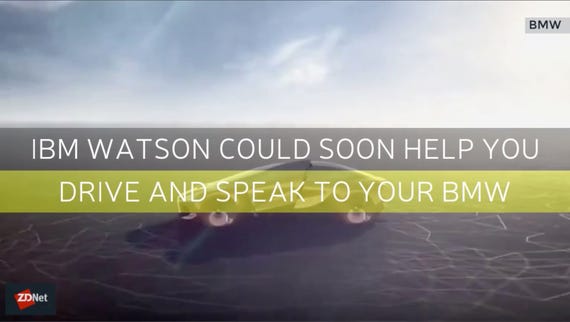