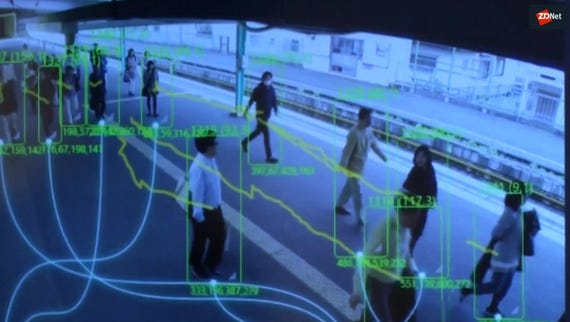 Artificial intelligence's reach is soaring in 2017, but are businesses ready?
Watch Now

The addition of artificial intelligence (AI) capabilities to smartphones will bring the next shift in technology, according to Huawei, with head of Consumer Software Engineering and director of Intelligence Engineering Felix Zhang comparing AI to the advent of steam engines in terms of its capacity to fundamentally change people's lives.

The first aspect will improve efficiencies between the user and their phone across text, voice, image, video, and sensors, while the second will actively provide services and aggregated information across apps, content, third-party features, and native features, he explained.

"If you look at the whole ecosystem, the AI will fundamentally change the phone from the smartphone to the intelligent phone," Zhang said during Huawei Asia-Pacific Innovation Day 2017 in Kuala Lumpur.

Huawei had unveiled its Kirin 970 chipset with built-in AI in September, at the time calling it the "future of smartphones". Its new mobile AI is made up of a combination of on-device AI and cloud AI.

"The ultimate goal is to provide a significantly better user experience. The Kirin 970 is the first in a series of new advances that will bring powerful AI features to our devices and take them beyond the competition."

Limitations in cloud AI necessitated improvements across latency, stability, and privacy, Huawei said, with on-device AI providing this as well as adding sensor data to the offering.

Its new flagship smartphones announced last month, the Mate 10 and Mate 10 Pro, come kitted out with the AI-focused Kirin processor, which has a dedicated neural processing unit able to process 2,000 images per minute via image-recognition technology.

Huawei has additionally provided the Kirin 970 as an open platform for mobile AI developers and partners in order to drive further developments.

According to Zhang, the four main challenges Huawei experienced when implementing on-device AI were perception, cognition, security, and power usage.

In addition, AI zoom and AI object recognition ensure the camera is aware of what to focus on when taking photos, while its "AI-accelerated translation" feature is able to translate more than 50 languages both offline and online three times faster than previous translation technology.

Huawei had said in August that AI would play a critical role in driving its smartphone innovation, with the tech giant predicting the advent of the "superphone" during its first Asia-Pacific Innovation Day two years ago, saying it would be developed by 2020 and take advantage of advancements in AI, big data, and cloud computing.

Not only will AI fundamentally change the smartphone, however; it will also transform user and business experiences across traditional industries as they become increasingly digitised, according to Zhang.

One such industry seeing AI in its future is oil and gas, with Malaysia Petroleum Resource Corporation CEO Shahrol Azral Ibrahim Halmi encouraging companies to overcome traditional competitiveness so they can share and learn from each other's datasets in order to allow AI to reach its full potential.

"When you talk about AI, the value comes from the datasets," he argued during Huawei Innovation Day 2017.

"Tesla is so far ahead [in its industry] because their dataset of autonomous cars is huge compared to other automotive companies."

Ofo co-founder Xue Ding said he similarly sees AI as "an important topic" for his bike-sharing startup, which last month launched in Australia.

According to the co-founder, one of the use cases for AI involves the Ofo app pulling information from weather forecasts to push suggestions out to users on whether they should hire a bike in order to make it home in time before a storm hits.

AI, 5G, and the Internet of Things (IoT) will become the infrastructure of everyday life, Xue Ding said, as "everything will become a terminal of data collection".

Ofo now processes around 32 million orders per day, he said, with 10 million bikes, 200 million users, and 370 orders processed per second across 17 countries. The company has reduced global carbon emissions by 2.2 million tons, he added.

Also speaking during Innovation Day, Huawei rotating CEO Guo Ping argued that AI is the top of a four-layer hierarchy for digital transformation.

"The first is IT infrastructure, which is the foundation of a digital economy. The second is security, for both the physical and digital worlds. Security is necessary for further development," the chief executive explained.

"The third layer is developing a supportive environment for industries to go digital. Building on a solid foundation of privacy protection, the fourth and highest layer is enabling broader information sharing."

Chronicled's Samantha Radocchia explains how companies can use AI, machine learning, and blockchain to improve data visibility and enhance processes.

How Cloudflare uses lava lamps to encrypt the Internet

Video: Microsoft's BrainWave will accelerate AI in the cloud (TechRepublic)

Join Discussion for: AI will transform smartphones into 'intelligent...