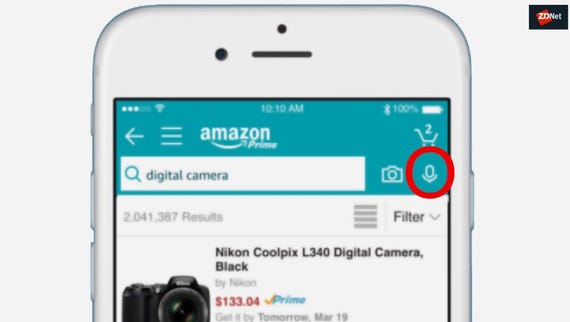 Video: How to use your iPhone to issue Alexa voice commands from anywhere

After a month of Alexa in every room: The good, the bad, and the creepy Big Brother may not be watching us, but Alexa is certainly listening in. David Gewirtz reports on the slightly creepy feeling he's been getting, along with the benefits of a ubiquitous voice assistant.

I know. I know. I'm supposed to be this serious journalist or columnist or whatever. Fart tricks would seem to be below my level of professional standards. But here's the thing: Farts are fun.

To be honest, while I do my best to turn in professional-quality work, that doesn't mean I shy away from flatulence... or flattery for that matter. Yes, I am my inner 12 year old. I admit it.

In this article, we'll look at how we can convince Alexa to fart and flatter. Beyond that, I have a few useful tips and tricks for you as well.

So, let's get started.

1) Alexa, fart. Seriously. I can't stop doing this now. What's wonderful is that there are a bunch of fart sounds, so you just gotta keep farting. On a more mundane note, Alexa apparently automatically enabled the 4AFart skill when I made my first fart command.

2) Alexa, flatter me. If you need a slight (and I mean really slight) pick-me-up, go ahead and ask Alexa to flatter you. No, it's not a fart, but it can cheer you up. Maybe. This also appears to have auto-enabled a skill, this time the Flatter me skill.

It had a little more trouble with "Lies a body oozin' life." I was hoping for the Sinatra cover of Mack the Knife. On my first try, I got Girls Got Rhythm by AC/DC, which doesn't actually have those lyrics. Asking Alexa the same question again got a cover of Mack the Knife by Bobby Darren, which was closer to the Sinatra version I was expecting. I then tried "Alexa, play the song that goes, 'Just a jack knife has Macheath, dear,'" which gave me Mack the Knife by Louis Armstrong and the All Stars.

I never did get Alexa to point me to the Sinatra version. Mack the Knife has been sung by so many different crooners that it was interesting that she was able to find and play two different versions of the song I wanted to hear.

This feature works well on Amazon Music. So far, I haven't been able to make it work on Spotify, but it's still pretty cool.

I tried Spanish, German, Portuguese, Danish, Japanese, and Russian. Apparently, translating Greek is all Greek to Alexa, because when I asked her to say "How do you say" in Greek, she told me she can't pronounce Greek yet, but sent the translation to my Alexa app.

She also couldn't translate into Klingon, but that leads me to my next Alexa command...

5) Alexa, say something in Klingon. And, she does. Qapla'!

6) Dollar and cent math. I had tried dollar math before, adding and subtracting dollars and cents. It seemed to work at the time.

I'm hoping this is a bug that gets fixed in a later release. Otherwise, you know, wow.

7) Alexa, what is the wind chill in Salem, Oregon? One thing I've discovered since moving to Oregon is the temperature isn't really what it feels like outside. It's nice that Alexa can report the wind chill factor as well. This is different from the normal weather report Alexa gives when you ask "Alexa, weather," which does not include the wind chill factor.

8) Alexa, how far is Burns, Oregon from here? Alexa will helpfully tell you the distance by car or "as the crow flies" from one location to another.

9) Alexa, what is the drive time to Burns, Oregon? This is quite useful. Burns is a little town on the eastern side of Oregon, which Alexa says is about five hours and twenty five minutes away by car. By contrast, Alexa tells me that based on current traffic, it will take about four hours and twenty two minutes to drive to Seattle.

10) Alexa, when is sunset? Daylight savings time notwithstanding, it's nice having a little more light each day (for now, at least).

11) Alexa when is sunrise? Have you ever lay awake at night for hours and hours, wondering if you were going to beat sunrise to sleep? Now, you can know when the sun will come up.

12) Alexa, how late is Home Depot open? This works well, not only for national chains, but for a lot of the more local and regional restaurants. I tried it on two local chains, Shari's Pies and Nancy's Burgers, and it worked quite well.

13) Alexa, what is the price of bitcoin? This reports the current price of the cryptocurrency in dollars, as well as how much it has increased or decreased over the last day. This also worked for checking the price for Ethereum, but did not work for Litecoin, Ripple, Dash, Dogecoin, Bytecoin, Monero, or Zcash.

14) Alexa, do you rap? Apparently, she does. That said, listening to her rap will, according to my wife, "Make your heart hurt."

15) Set an alarm to ... and wake me up to... In an earlier article, I showed you how you could set your alarm to a few selected celebrity voices. But now, you can set your alarm to play a song, artist, or genre, rather than Alexa's default alarm sound.

First, you need to enable a default music service under Settings in your Alexa app. Then tell Alexa "Set my alarm to" and include an artist, song, or genre. According to Amazon's March 9 issue of its email newsletter, "What's new with Alexa?" the most popular alarm song is Wake Me Up Before You Go-Go by Wham!

Hello? The 1980s are calling and would like their song back. (Editor's note: Hello? It's a classic. I'm setting my Alexa alarm to it right now.)

For the record, my alarm is still set to Alexa's default alarm sound. I know it works. Each day, at 8am, I wonder why this (the whole morning, waking up thing) is happening to me, how there can possibly be enough coffee in the world, and develop a resentment for having been awoken that usually lasts until my second cup.

Pro tip: I always set two alarms, one at 8am and one at 8:10am. That makes sure I'm up, even if I miss the first alarm or fall back to sleep. If I have a critical meeting, I also set a Siri alarm, just to make sure I get up. Yes, I'm using insanely advanced cloud technology to do what a $9 analog alarm clock can do, but, really? Setting an alarm by hand? What century are you from?

16) Wake word "Computer" cautionary tale. This last tip comes from former ZDNet contributor and fellow muscle car aficionado David Chernicoff. In response to my last Alexa tips article, David posted on Facebook that it's not necessarily a good idea to set your Alexa wake word to "Computer" and then binge watch a Star Trek marathon. Good tip. Thanks, David.

By the way, "Computer, fart," might actually be more fun than "Alexa, fart." I can't help but picture Scotty in Engineering yelling out, "Computer, fart" and chortling with delight.

Join Discussion for: "Alexa, fart," plus 15 other useful Echo...