By Rachel King for Between the Lines | September 5, 2014 | Topic: Tech Industry

There are a few big tech IPOs on the horizon expected to close before the end of 2014, yet it's all but certain none will be as big as Alibaba. 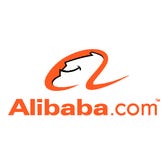 The Chinese e-commerce giant is now expected to price its initial public offering between $60 and $66 per share, according to the Wall Street Journal on Friday.

Aiming to raise more than $20 billion with its IPO, the latest estimate would put Alibaba's value somewhere close to $160 billion.

Alibaba filed its F-1 with the US Securities and Exchange Commission in May following weeks of rumors and predictions about an IPO worth up to $20 billion.

The figure rounded out closer to a still-not-shabby $1 billion, although previous estimates have pegged Alibaba's worth to be around $168 billion, which would make it the most valuable Internet company after Google.

In June , the New York Stock Exchange confirmed Alibaba would be headed to its Wall Street trading floors under the ticker symbol "BABA."

Alibaba has been making a number of moves to bolster its bottom line while courting Wall Street as well as Silicon Valley, from stocking up on patents to opening the doors to a new cloud datacenter in Beijing .

Known in the US primarily for its association with Yahoo, Alibaba is an eBay-meets-Amazon and then some kind of business.