Alibaba Group has kicked off IPO proceedings for its mobile payment business, Ant Group, in Hong Kong and Shanghai, where it reportedly is eyeing a $200 billion valuation. The listings are touted, amongst others, to fuel the company's goal to digitalise China's service industry and boost its investment in technology development.

The Chinese internet giant said the concurrent IPO on the Shanghai Stock Exchange's STAR board and Stock Exchange of Hong Kong also would help Ant push domestic demand and facilitate the company's expansion in global markets alongside its partners. 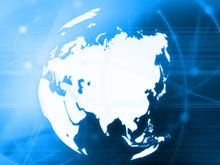 The listings would further enable it to build out the infrastructure needed to support digital transformation efforts in China's service industry as well as provide consumers and small businesses access to financial and other services that were "inclusive, green, and sustainable.

The Chinese company is eyeing a valuation of some $200 billion from the dual listing, according to a Bloomberg report, which cited sources close to the matter.

Alibaba in recent years had looked to expand the global footprint and reach of Ant's Alipay, including a three-year plan to galvanise 40 million service providers across China onto the mobile payment platform and augment the types of services available to consumers. Announced in March, the initiative aimed to open up the platform, enabling these providers to develop and offer a range of lifestyle apps for food delivery, hotel booking, transport, and medical services.

Last November, Alipay also was made available to foreign visitors in China, marking the first time the e-wallet could be used outside its domestic population to pay for goods and services. Previously available only to consumers with a Chinese bank account and local mobile number, an international version of Alipay was made available for download and use in mainland China over a 90-day period.