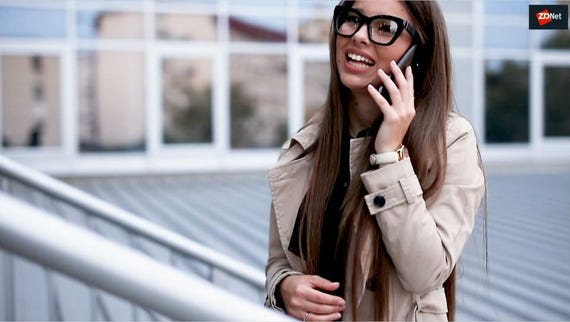 Companies want to use every channel possible to talk to their customers and interact more than before.

Also: What is AI? Everything you need to know

But what really matters to the customer when companies talk to them?

Franklin, Mass.-based  IT service company Interactions, in conjunction with The Harris Poll, conducted a study to find out how customers perceive voice channels.

It carried out an online study of interactions amongst 2,022 US adults in August 2018.

It wanted to focus more specifically on voice channels, when it is considered creepy, and when people prefer to speak with AI over humans.

The findings show that nearly all Americans (94 percent) have experienced frustrations when using voice channels to communicate with a company.

Over half of respondents (52 percent) were frustrated at having to repeat themselves, and almost half  (49 percent) hated waiting to be connected to a live agent whilst in a queue.

Almost as many (47 percent) were frustrated because they could not bypass the Interactive Voice Response (IVR) system in order to speak to a live agent.

Forty-six percent were annoyed to listen to a list of irrelevant options presented by an IVR system and 45 percent were frustrated to get disconnected from a call.

It is not all bad news though for voice channels. If the system actually works well, customers say that they often prefer it.

In fact two out of three Americans (66 percent) say they would choose AI-powered voice over text if it were effective at answering their questions.

Over three out of four (76 percent) of Americans would be comfortable with a human not being involved.

Millennials are the age group most likely to be comfortable with this lack of human interaction (88 percent of millennials compared to 74 percent of Gen Xers and 65 percent of Boomers).

AI is generally found to be more helpful than creepy. Even if customers think AI is being creepy, they can ignore it when that creepiness is helpful to them.

Although respondents do not like the invasive qualities of AI, almost three out of four (72 percent) will tolerate its meddling when it alerts them of a potential issue, helps to resolve a problem quickly, or when solve a complex problem.

There is a scale of creepiness ranging from: The AI knowing past interactions customers had with the company, through to virtual assistants that sound and act like humans without disclosing that it is AI.

There are situations where people actually prefer to interact with a company through AI rather than humans -- and vice versa.

Half of Americans would prefer to interact with a virtual assistant over a human agent if they are dealing with an embarrassing situation, and more than 2 in 5 (44 percent) prefer this if they are upset or in a bad mood.

Almost two out of three (65 percent) of Americans think it is easier to negotiate with -- or think that they can get away with more -- when they speak to a human agent rather than with a virtual assistant.

About 3 in 5 (61 percent) think they have a better chance of succeeding with bypassing a company's rules with a human.

Ease of use and speed of communication remain major drivers for consumers. Voice is an important channel for customer service, but often businesses do not implementing it incorrectly.

Shoppers want a little less automation, but a little more human interaction, according to a new report.

How can we do a better job of uncovering potential risks and red flags on caregivers who will watch their loved ones. AI technology aims to help.

A recent AI customer experience study shows that, although businesses have invested in AI solutions, customers are not happy.