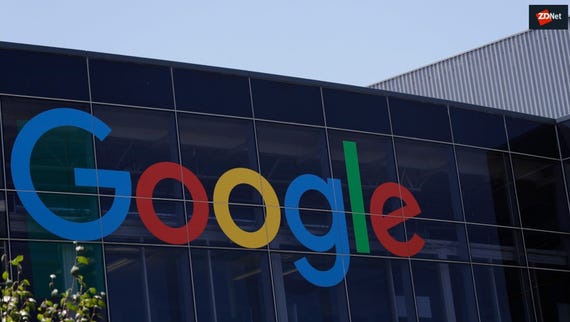 Alphabet reported a net income of $9.4 billion, with non-GAAP earnings of $13.33 per share on revenue of $31.1 billion, when including traffic acquisition costs (TAC). On average, Wall Street was looking for Q1 earnings of $9.28 per share with $30.29 billion in revenue.

Google revenues, which include the company's enterprise cloud, software, and data management products, attributed most of Q1 sales with $30.99 billion in revenue. Google's Other revenues --which now includes the smart thermostat business Nest -- were $4.35 billion.

Revenue was down in Alphabet's "moonshot" Other Bets category because of the transfer of Nest over to Google's hardware division. Other Bets is now made up of Waymo, Fiber, Verily, and Alphabet's other healthcare-driven initiatives. Its revenue in Q1 came in at $150 million with operating losses increasing slightly to $571 million. Last quarter, with Nest included, Other Bets revenue was $409 million with operating losses of $916 million.

"We're pleased with our progress across Other Bets," said CFO Ruth Porat, on a call with analysts. "At Waymo, we have achieved five million miles of driving on city streets, adding the latest million in just three months."

Google's cost-per-click, which is how much it makes off each advertising click, decreased 19 percent year over year and 7 percent quarter over quarter. The company's total advertising revenue was $26.64 billion.

Google CEO Sundar Pichai offered some insight into how YouTube is faring after the implementation of stricter content guidelines for creators.

"We're aggressively combating content that violates strict policies through a combination of user and machine flags," Pichai said. "Over six million videos or more in Q4 were first flagged by our machine systems and over 75 percent of those videos were removed before receiving a single view. We also changed our monetization requirements to better identify creators who contribute positively to the community and drive more ad revenue to them."

Join Discussion for: Alphabet tops Q1 targets on revenue of $31.1...