It's no longer financially viable, says the urban design business.
Written by Aimee Chanthadavong on May 7, 2020 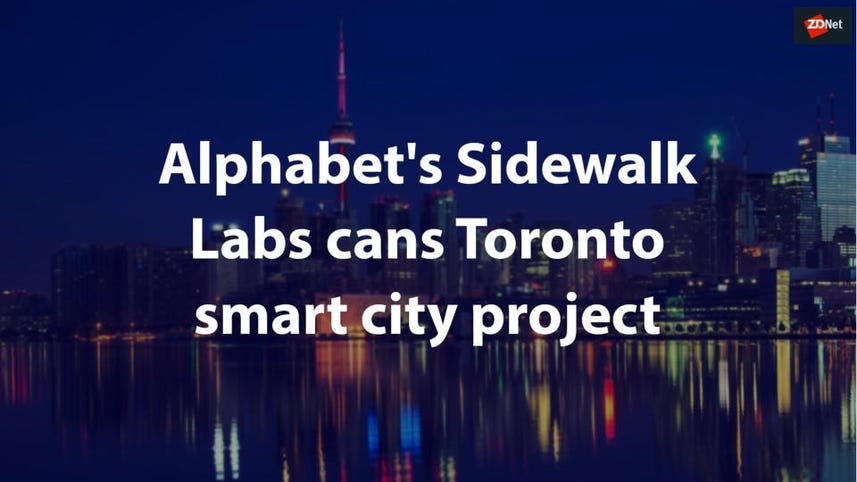 The Alphabet-owned urban design business Sidewalk Labs on Friday revealed that it would no longer be pursuing its smart city plans to transform Toronto's eastern waterfront into what it had dubbed as a "global model for combining cutting-edge technology and great urban design to dramatically improve quality of life".

Sidewalks CEO Daniel Doctoroff explained in a post that the decision to back out of the Quayside project was due to "unprecedented economic uncertainty".

"It has become too difficult to make the 12-acre project financially viable without sacrificing core parts of the plan we had developed together with Waterfront Toronto to build a truly inclusive, sustainable community," he wrote.

"And so, after a great deal of deliberation, we concluded that it no longer made sense to proceed with the Quayside project, and let Waterfront Toronto know yesterday."

See also: Why Toronto could be the smart city HQ for Alphabet's Sidewalk Labs (TechRepublic)

The company had forecast the development would have cost an initial $3.9 billion, where the company had plans to invest $900 million.

Plans for the development had been in the works since 2017, and had previously faced pushback from Toronto leaders who were concerned about a variety of issues, including privacy and surveillance.

Elsewhere, Google has introduced new features to Google Lens, which it touted would help improve productivity.

For instance, users can use Lens to copy text from paper notes and documents by tapping "copy to computer" and pasting the text onto another device, so as long as they are signed-in with Chrome.

Google has also extended its translation feature on Lens. Users can now select a text using Lens and tap the new Listen button to hear it read out loud.

In addition, users can now look up a word or phrase they don't understand using Lens, which will provide results using Google Search.

All features, except for Listen, are available now on Android and, according to Google, "coming soon" to iOS.