Amazon's new £89 Kindle may be taking a lot of the e-reader limelight, but last week a new product from Kobo went on sale in WHSmith. The Kobo eReader Touch Edition costs £109.99, which is significantly more than the new Kindle — but as its name suggests, it has a touchscreen.

I've got both the Kindle and Kobo running side by side. So, how do the two compare?

Looking at the Kindle first, Amazon has pulled off a rather clever trick in releasing a device that's less well featured than its predecessor yet apparently more desirable.

The new £89 (inc. VAT) Kindle is smaller than its previous model, primarily because it lacks a physical keyboard but also because the screen bezel is slightly reduced in size. The older product remains available as a 3G-plus-Wi-Fi unit for £149. The earlier Wi-Fi only version has disappeared. 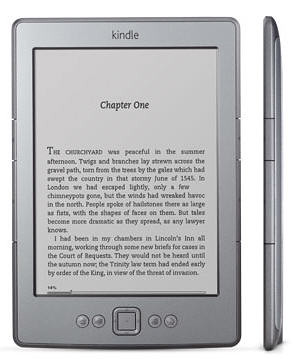 The screen is still a 6in. E-Ink display. It's readable, and page turns are a little faster — although there's still a noticeable lag as you move between pages.

There is a soft keyboard, which you access via one of four buttons beneath the screen and navigate using a square D-pad. Entering search terms for the integrated dictionary and finding e-books to buy is a little slow, and on balance we prefer the physical keyboard. 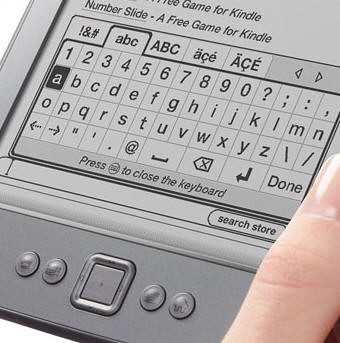 The long, thin side buttons on the left and right edges remain the same too, and using these to move back and forward through texts is easy and quickly becomes intuitive.

We mentioned a reduced feature set. The battery is smaller and less powerful, delivering up to a month of life, according to Amazon, as opposed to two months in the older model. There is just 2GB of internal storage — enough for about 1,400 books — as opposed to 4GB (approximately 3,500 books-worth) in the previous model.

Mobile broadband has been omitted from the new Kindle, although Wi-Fi remains. You can order books over the air in the usual way as long as you are connected to a Wi-Fi network. Amazon has not altered the menu structures or Whispersync, items bought on this new device are accessible via the free Kindle apps on Android, iPhone, iPad, iPod, Mac and PC, and you can manage the Kindle online via the Amazon web site as before. Amazon has left its web browser on-board too, and although limited in terms of screen quality and feature support, it is usable in emergencies.

The Kobo eReader Touch is more expensive than the new Kindle, at £109.99. WHSmith differentiates it by saying that once you've downloaded an e-book you can install it on as many devices as you want. That's because the Kobo family of e-readers supports a range of e-book formats such as ePUB, PDF and MOBI, as well as TXT, RTF, HTML and CBZ and CBR comic-book formats and JPEG, GIF, PNG, BMP and TIFF image files. The Kindle e-book formats are proprietary, of course.

The Kobo eReader Touch shares the same screen size as the Kindle, and is very similar in size and weight at 165mm by 114mm by 10mm and 185g. It has a rather odd-looking sculpted back and is available with four backplate colours — black, white pink and blue, the latter three having a white front, the first a black front. 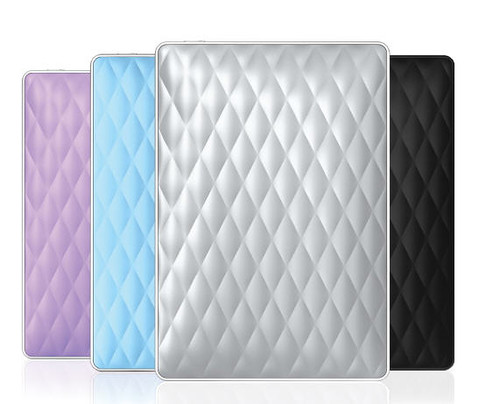 The Kobo's touchscreen is a pleasure to use. Moving through pages is a simple matter of sweeping the screen, and tappable icons give access to features. Its 2GB of memory has just 1GB free for storing e-books, but can be augmented with microSD cards. It has a month's battery life, just like the new Kindle.

Wi-Fi is on board and you can access the Kobo store direct from the device. There's even a link direct to thousands of e-books. We couldn't see how to search this, but you can search for items generally by title, author, subject or ISBN, and narrowing down to the any free versions this way is easy enough.

Amazon's cross-platform Kindle apps and Whispersync system are balanced by free Kobo readers for Android, iPhone, iPad, BlackBerry smartphones and PlayBook, and by cross-device synchronisation to the point last read. 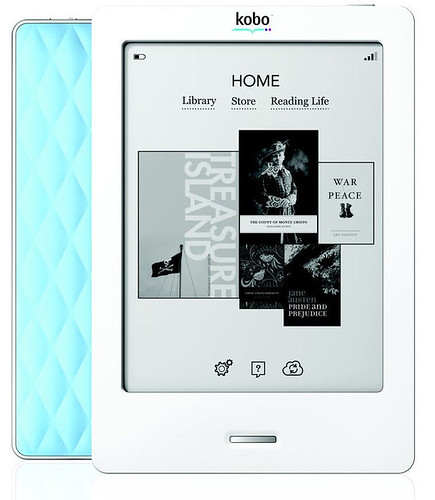 Comparing the Kindle and Kobo side by side, we preferred the more substantial build of the Kindle. We did like the Kobo's touchscreen though. Any e-book reader these days has to allow for over-the-air purchase of books, as both these do. Using a computer is just too inconvenient, although you can use this approach with the Kobo and any new purchases are synchronised via USB. You can also charge the Kobo over USB.

We didn't hanker for a 3G connection on the new Kindle. It's easy to stock up with reading when you're connected to a Wi-Fi network.