After almost a year of searching, Amazon has found its Israeli 'soulmate,' a company which is developing a faster communications and processing system for datacenters

A day after Dropbox announced it was acquiring Israeli startup CloudOn in order to establish a research and development center in Israel, Amazon is reportedly in talks to buy Israeli semiconductor development company Annapurna Labs. The chip firm has been operating in stealth mode since about 2011. 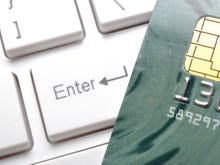 Annapurna Labs has not given any detail on what product it's developing, and has not released any information about the company itself, other than to say that it is "changing the way platforms will be designed and we are having a great time doing it."

A source with knowledge of the company said that Annapurna Labs is developing a communications system and processing platform for datacenters. "Amazon now runs some of the biggest datacenters in the world, and they are constantly looking for faster and more efficient ways to enable their customers to use their services. This acquisition makes a lot of sense for them," the source said.

Industry sources quoted in the Israeli media placed the value of the deal at about $350m. Neither Annapurna nor Amazon had responded to requests for comment at the time of publishing.

While little is known about Annapurna Labs, a great deal is known about the company's CEO. Avigdor Willenz is one of Israel's most successful semiconductor entrepreneurs, having sold Galileo to Marvell Technologies in 2000 for $2.7bn. The Galileo facility became Marvell's R&D site in Israel, and has grown to play host to 1,200 workers.

In a recent visit to Israel, Marvell co-founder Weili Dai said she has been impressed with the Israeli semiconductor and chip development scene, to the extent that some 20 percent of the company's employees are now located in Israel.

According to reports in the Israeli media, Amazon has been scouting for an Israeli acquisition for some time now. Last year, Amazon opened a local office in Israel to work with startups and veteran companies making use of Amazon Web Services. On a recent visit to Israel, Amazon CTO Werner Voegels said that over the past several years, Amazon has gotten to know a great many Israeli startups - and that it likes what it has seen.

Speaking to Israeli reporters recently, Voegels said that unlike other companies, Amazon has its fingers in a great many pies. "AWS started out as infrastructure storage, but we have moved on. Many of our clients use relational databases, open source technology, data services, and security services. Our objectives are to scale with good performance and add services, reducing costs for us, which we can pass on to our customers." Doing that, he said, means that Amazon needs to do a great deal of its own development, on both hardware and software.

If it goes through, the Annapurna acquisition will be the second mega-deal with an American tech giant within two days. On Wednesday, Dropbox announced that it was buying CloudOn, which allows users to edit Microsoft Office documents from their mobile devices. The deal is thought to be worth about $100m.