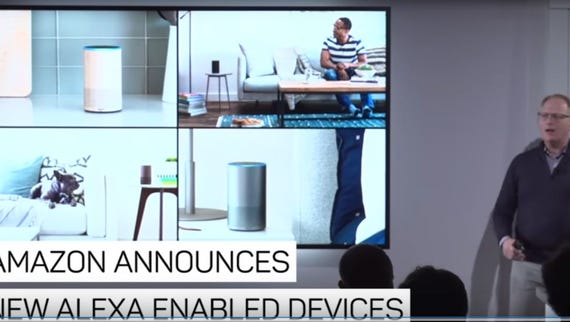 Amazon will be asked to pay €250 million in back taxes after the European Commission (EC) ruled that Luxembourg gave the company "illegal tax benefits" worth that amount.

The EC said Luxembourg had granted "undue tax benefits" to Amazon of around €250m, and wants the country to recover the money. "Luxembourg must now recover the illegal aid," the EC said.

Commissioner Margrethe Vestager, in charge of competition policy, said: "Luxembourg gave illegal tax benefits to Amazon. As a result, almost three quarters of Amazon's profits were not taxed. In other words, Amazon was allowed to pay four times less tax than other local companies subject to the same national tax rules. This is illegal under EU State aid rules. Member states cannot give selective tax benefits to multinational groups that are not available to others."

Following an investigation launched in October 2014, the Commission concluded that a tax ruling issued by Luxembourg in 2003, and extended in 2011, lowered the tax paid by Amazon in Luxembourg without any valid justification.

This EC said this tax ruling enabled Amazon to shift the vast majority of its profits from an Amazon group company that is subject to tax in Luxembourg (Amazon EU) to a company which is not subject to tax (Amazon Europe Holding Technologies).

In particular, the EC said, the tax ruling endorsed the payment of a royalty from Amazon EU to Amazon Europe Holding Technologies, which significantly reduced Amazon EU's taxable profits.

The Commission said its investigation showed that the level of the royalty payments, endorsed by the tax ruling, "was inflated and did not reflect economic reality".

In a statement Amazon said: "We believe that Amazon did not receive any special treatment from Luxembourg and that we paid tax in full accordance with both Luxembourg and international tax law. We will study the Commission's ruling and consider our legal options, including an appeal. Our 50,000 employees across Europe remain heads-down focused on serving our customers and the hundreds of thousands of small businesses who work with us."

The EC said: "Under the method endorsed by the tax ruling, the operating company's taxable profits were reduced to a quarter of what they were in reality. Almost three quarters of Amazon's profits were unduly attributed to the holding company, where they remained untaxed. In fact, the ruling enabled Amazon to avoid taxation on three quarters of the profits it made from all Amazon sales in the EU."

EU state aid rules require that the state aid is recovered in order to remove the distortion of competition created by the aid. It said the tax authorities of Luxembourg must now determine the precise amount of unpaid tax, on the basis of the methodology established in the decision.

The European Commission has detailed its reasons for accusing Luxembourg of giving Amazon favourable treatment.

European regulators are scrutinising a deal between Luxembourg and Amazon which may be illegal, according to reports.

Amazon has reportedly moved to have its local profits taxed within Germany and the United Kingdom from the start of this month.