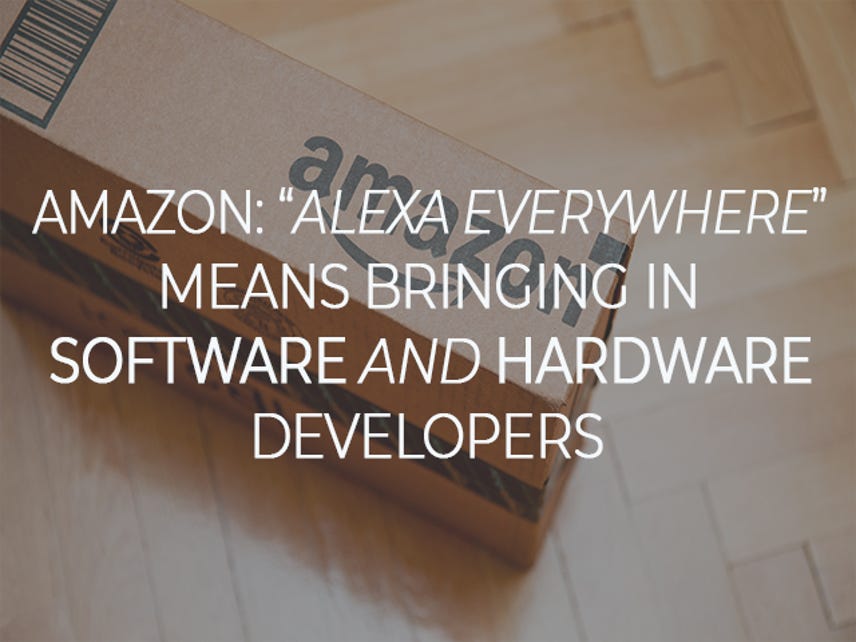 Retail to cloud-computing giant Amazon plans to hire over 1,000 new staff across three sites in the UK, and will open a new office in Manchester next year.

"These are Silicon Valley jobs in Britain, and further cement our long-term commitment to the UK," said Doug Gurr, Amazon's UK country manager.

A new corporate office in Manchester, due to open next year, will be located in the Hanover Building in the Northern Quarter. The company said the six-storey, 90,000 square-foot site will house at least 600 new staff working on software development, machine learning and R&D.

The announcement comes less than six months before the UK is set to leave the European Union.

The looming prospect of Brexit has worried some tech companies, which are are concerned that leaving the EU may have an impact on their ability to sell into European markets and to attract top quality staff to work in the UK. Amazon's UK boss himself reportedly warned ministers of the risks of a no-deal Brexit.

International trade secretary Liam Fox said the news of the new jobs was an enormous vote of confidence in the UK "and a signal to the world that the UK is very much open for business".

Thinner, lighter, twice the storage, and now it's even waterproof.

Palm: Drop your 'phone companion' price before Amazon squashes you like the insect you are

$350 for a carrier-locked device is too much money for a smartwatch that, well, isn't one and has very little unique value proposition.

The companies are building on their existing partnership with a wide-ranging go-to-market strategy focused on AI adoption.

The feature, Amazon says, addresses the common challenge of walking from room to room to find an open space.